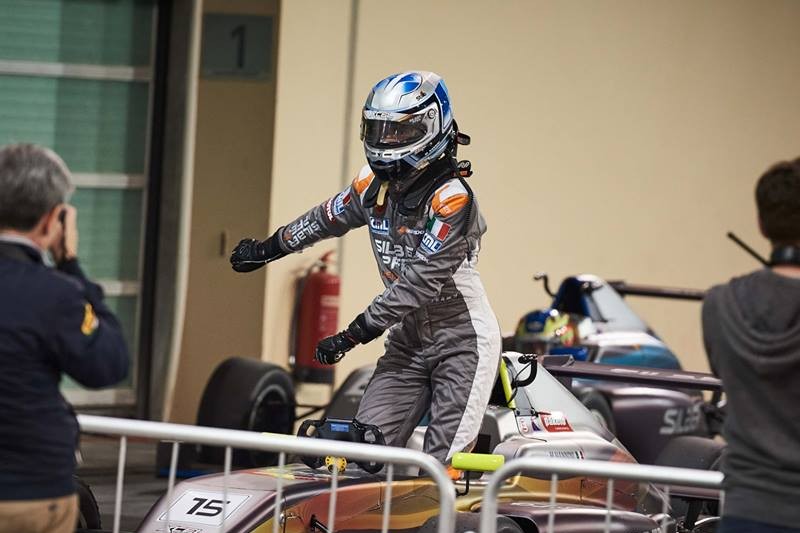 Matteo Nannini and Joshua Durksen took two wins apiece in the second round of the 2019 Formula 4 UAE season, meaning they stay four points at the top of the standings.

Mucke Motorsport driver Durksen took his first career pole position as he lapped the Yas Marina circuit 0.238 seconds quicker than Nannini. Shihab Al Habsi was a tenth behind in third.

Nannini, driving for Xcel Motorsport, struck back in race one to take his second win of the season, fending off the charge of Dragon Racing?s Lucas Alecco Roy. The latter?s team-mate Rui Andrade rounded out the podium as Durksen slipped to fifth ? behind Cram Racing?s Filip Kaminiarz.

A silver lining for Nannini, the nephew of former Benetton F1 racer Alessandro, was that he was promoted onto the podium after a five-second time penalty was handed to Roy for ?taking a shortcut at turn 11 to turn 13?. That demoted the German from second to fifth.

Durksen added an equally dominant victory in the third race. The M?cke driver pulled away from ADAC F4 regular Roy, winning with an advantage of more than 7.5s from his second pole position.

Al Habsi, a race winner at the first round in Dubai, completed the podium as he came out on top of a three-way battle for third with Andrade and Nannini.

Triumph in the weekend?s final race moved Nannini back to the top of the standings, gaining when Durksen was penalised for shortcutting Turn 11 and dropped from second to third in the race results, behind Al Habsi.

Leonardo Pulcini to race in FIA F3 with Hitech