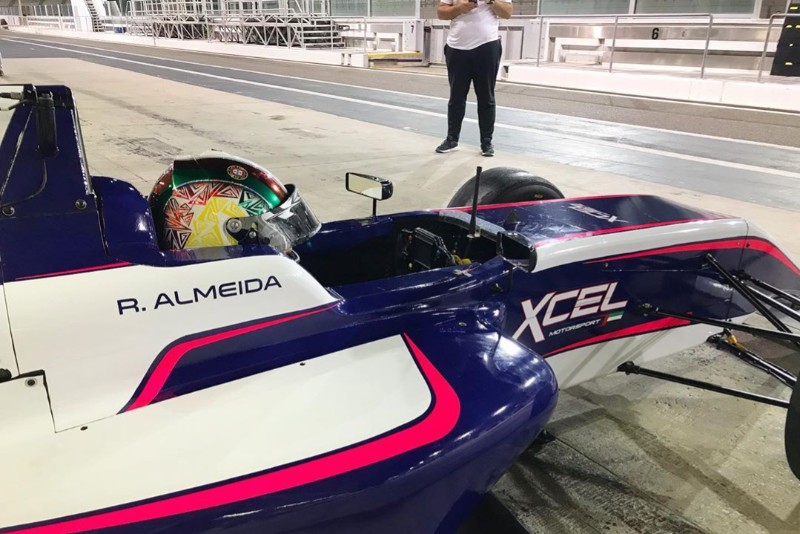 Almeida, who will race using a Mozambique license, has also graduated from karting. He has raced predominantly in the KZ2 category of karts this year across Europe, and will be making his car racing debut at Yas Marina.

?It?s great to welcome another rookie into the team who is making his step from karting into F4,” said Xcel team principal Kevin Day.

“We always aim to provide a smooth transition from karting to F4. Rodrigo showed some solid pace at he official test at Yas Marina.

“We will be aiming to improve on this further after some post event simulator training sessions at Xcel HQ to help get Rodrigo the results that he is aiming for.?

Mozambique had its own grand prix through the 1960s, with the very first events the decade before taking place on a seaside street circuit. This was replaced by a purpose-built track, and all 12 editions of the race were won by Africans.

There has been scant success for Mozambique in international motorsport, although Mozambique-born Portuguese driver Rui Aguas won the World Endurance Championship’s Endurance Trophy for LMGTE Am drivers in 2016 and was a race-winner in Formula V8 3.5 predecessor World Series by Nissan.

The underfunded Techeetah beater who had to reset his career