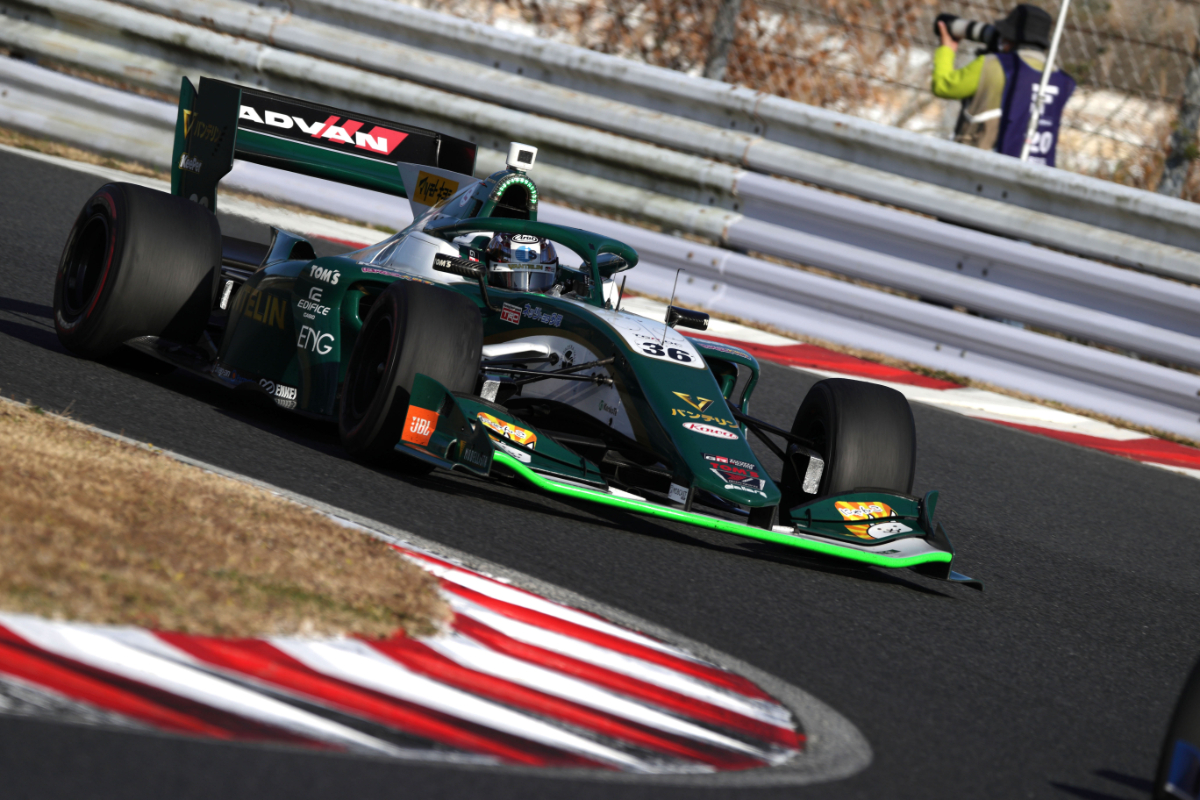 Junior single-seater champions Ritomo Miyata and Sena Sakaguchi will move up to Super Formula this year, as well as racing in Super GT using Toyota power.

Long-time Toyota junior dominated Super Formula Lights last year with TOM’S, and made two starring appearances in SF with the team as a substitute for the absent 2019 champion Nick Cassidy.

Cassidy’s departure from Japan means the TOM’S line-up in Super GT has also been revised, with Sacha Fenestraz moving in alongside Ryo Hirakawa in the team’s #37 car, and SF race-winner Sho Tsuboi slotting in to replace Fenestraz in the #36.

Sakaguchi finished second to Miyata in SF Lights in 2020 and had an unbeaten run to the inaugural Formula Regional Japanese Championship title.

The former Honda junior was also supposed to debut in SF last year alongside Fenestraz at the Toyota-powered Kondo Racing, but crashed on the warm-up lap at Okayama before he could race.

The 21-year-old has now been selected to drive for INGING in SF, becoming team-mate to Tsuboi after the retirement of two-time champion Hiroaki Ishiura.

Sakaguchi’s sportscar commitments will be in Super GT’s secondary GT300 class, where he will race a Lexus RC F GT3 for the second season in a row.

Meanwhile Formula 2 race-winner Nobuharu Matsushita, who returned to Japanese racing late in 2020, will represent Nissan at Team Impul in the top GT500 class.