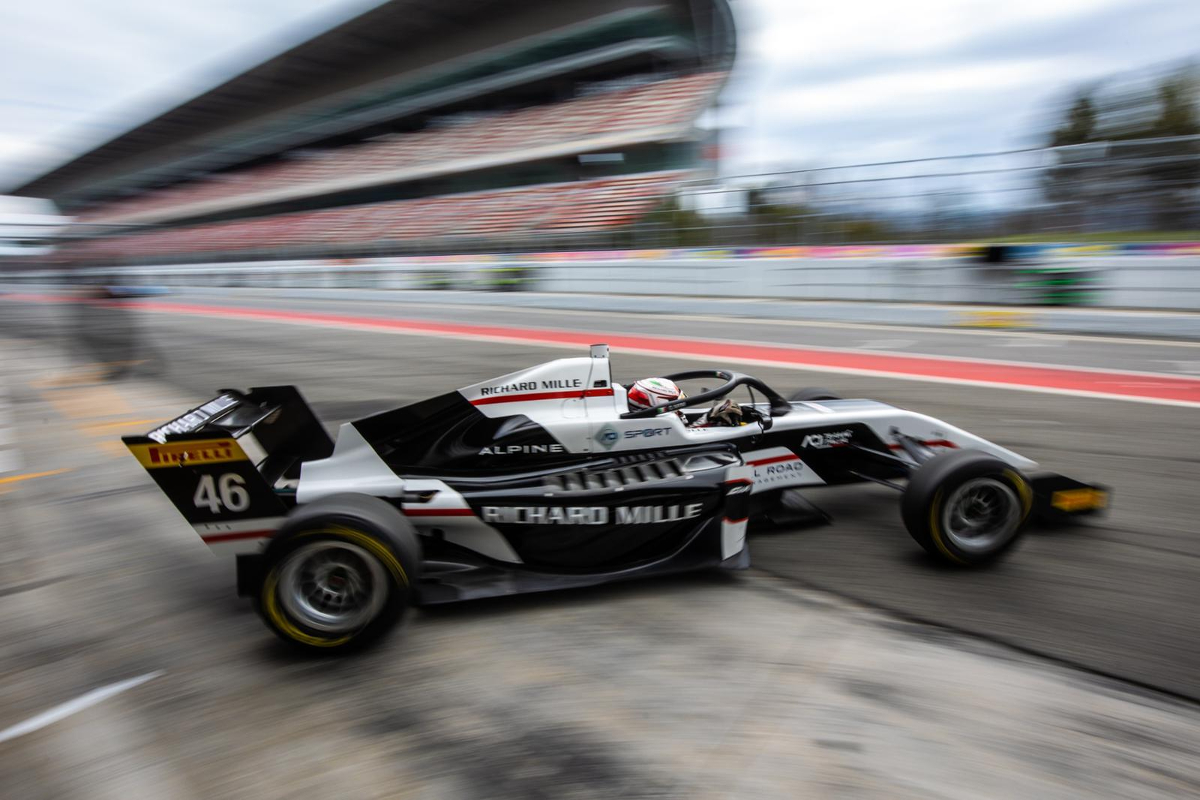 The morning session had limited running in the first hour with only the three Trident drivers Roman Bilinski, Leonardo Fornaroli and Tim Tramnitz taking to the track as the session began. After an hour, less than half of the field had gone out.

There were a number of interruptions to running, the first as G4 Racing’s Matias Zagazeta stopped on track in sector one after topping the times for a short while, then a second red flag a little while later as KIC Motorsport’s Piotr Wisnicki stopped while he was at the top of the order.

MP Motorsport’s Michael Belov was fastest with an hour to go, before Prema’s Paul Aron and then Mini quickly bettered him. Mini improved to end the session with a 1m40.503s, putting him 0.161 seconds ahead of Van Amersfoort Racing’s Kas Haverkort in second place.

There was little action in the afternoon session, with Prema’s Sebastian Montoya on top after the first hour. Zagazeta set a 1m40.674s lap shortly after that stood as the session’s fastest, with few improvements from anyone after that and another Armanni-caused red flag

The top two were among 14 drivers who were faster in the afternoon, including KIC’s drivers and MP’s Abbi Pulling who were unable to lap at a representative pace on day one.

The F2 and F3 trend Zhou could be repeating in F1