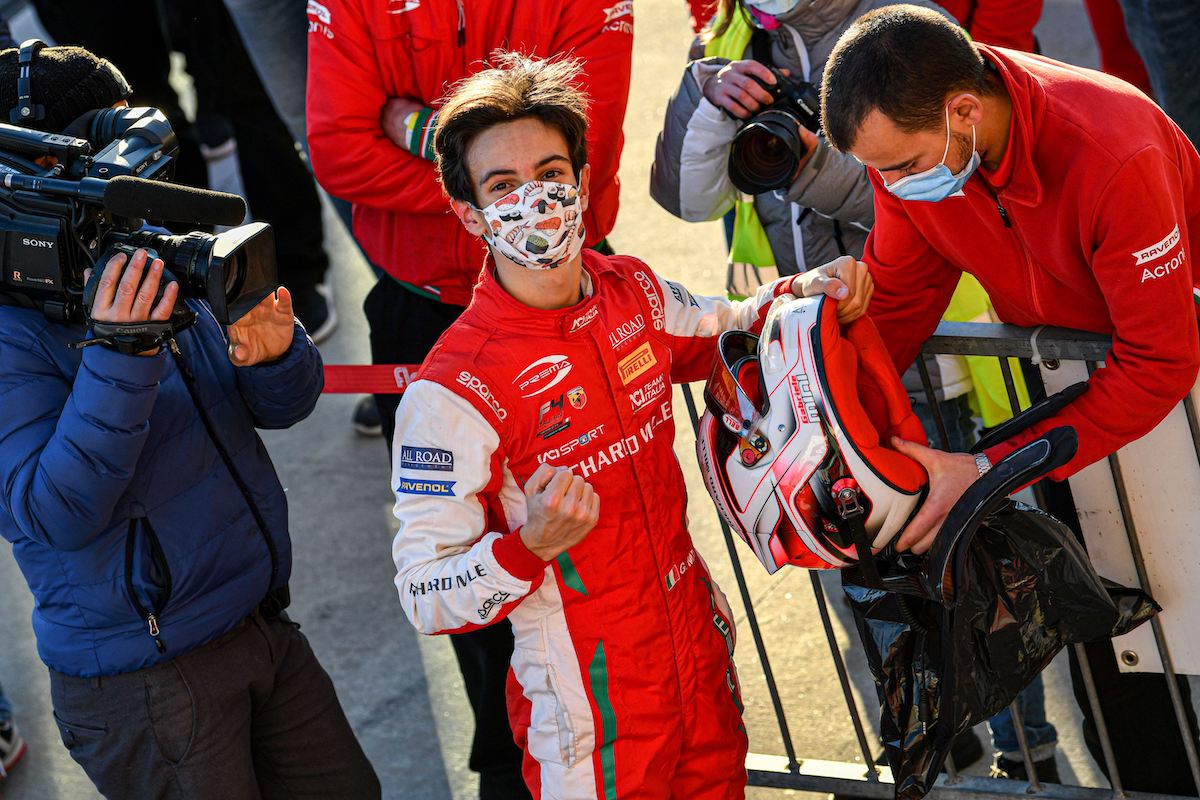 Gabriele Mini sealed the 2020 Italian Formula 4 crown with a second-place finish behind Jak Crawford in the final race of the weekend at Imola.

Prema driver Mini couldn’t keep Red Bull junior Crawford behind him, but second was enough to take him out of reach of title rival Francesco Pizzi with just one round remaining.

Van Amersfoort Racing’s Crawford moves into fourth in the championship standings, despite missing two rounds due to clashes with ADAC F4.

Starting from pole, Mini got a good start, holding off team-mate Dino Beganovic. Behind them, Crawford took third from Leonardo Fornaroli off the line, and stuck with the Prema duo before an early safety car neutralised the action.

On the restart, Crawford was made to defend against Fornaroli, who soon came under pressure from Jonny Edgar.

As Fornaroli and Edgar battled, Crawford re-closed the gap between himself and the Prema duo ahead.

He quickly found a way past Beganovic, but Mini wasn’t as easy. With pressure from Beganovic behind him, it took a little longer to pass Mini, but Crawford was eventually able to get the move done.

Once ahead, Crawford and Mini began to build a gap to Beganovic. Crawford couldn’t shake Mini, who set the fastest lap of the race in the closing stages, but held on to take his second win of the season.

Further down the order, Pizzi put in a stunning drive to climb up to fifth from ninth on the grid, but it wasn’t enough to keep his championship hopes alive, having needed to beat Mini. He spent much of the race locked in battles with Sebastian Montoya, Fornaroli and Edgar. He managed to get past Fornaroli and Montoya, but Edgar was able to hold him off.

Fornaroli took sixth ahead of Montoya and Gabriel Bortoleto.

It was another difficult race for Andrea Rosso, who started 12th and dropped back to 14th by the end of the race.

Joshua Duerksen and Oliver Bearman couldn’t find a way forward after starting at the back end of the top 10. They spent much of the race battling one another, but dropped behind Kirill Small and Felip Ugran in the closing stages of the race.