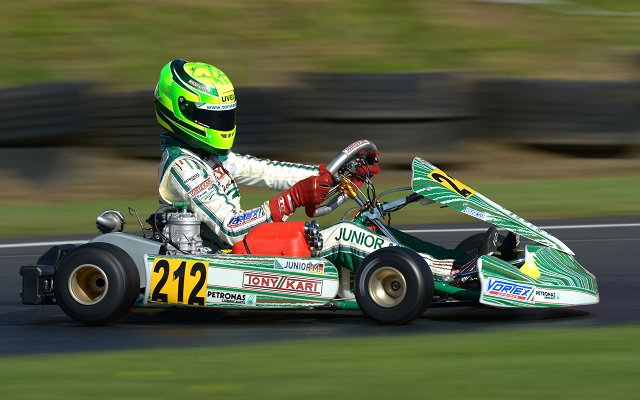 Mick Schumacher, son of Formula 1 legend Michael, has been confirmed to race in the newly-established ADAC F4 championship this year.

Schumacher has been one of the most promising German karting drivers of the past couple of years. In 2013, he collected a couple?of third places in both International Super Cup and DJKM, while his 2014 season saw him taking second in the CIK-FIA World and European championships respectively while he was also runner-up in his local DJKM series.

?In the last couple of years, it has become a tradition for us that we offer the runner-up from the German junior karting championship (DJKM) a test session in our simulator,? explained Frits van Amersfoort, team leader. ?This is handled by the DMSB, the German motorsport authority, and that is how we first got in touch with Mick Schumacher last autumn. He spent a full day in the simulator at our headquarters in The Netherlands. Then we witnessed him during a test session at Valencia and eventually, we reached an agreement to compete together in this year?s ADAC Formula 4 series.?