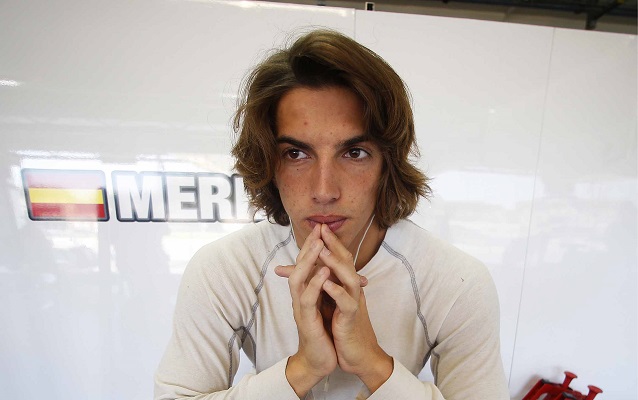 Roberto Merhi will stay in Formula Renault 3.5 for a second season after joining Pons, it’s been confirmed.

The 23-year-old Spaniard was one of last year’s big returnees to junior single-seaters, ending up in third in his first Formula Renault 3.5 season with unfancied team Zeta Corse.

In 2010, after dominating the F3 Euro Series with 11 victories out of 27 races, Merhi secured a DTM seat with Mercedes for the next two seasons.

However, after collecting only 26 points in his 20 races, he lost his seat at the end of 2013 and was forced to return to single-seaters.

Throughout the year Merhi was a sensation, with the Spaniard taking three victories and six podiums to become one of champion Carlos Sainz‘s biggest rivals.

Thanks to his achievements he was also?able to make his debut in an F1 car, driving a Caterham in three Friday practice sessions.

Despite Oscar Tunjo‘s early signing last year, Merhi is the first official Pons driver of the 2015 season, after the Colombian was forced to withdraw due to budget concerns.

For the second seat, Patric Armand has been tipped and will test with the team in the first pre-season test, which will take place on 5-6 March at Jerez.