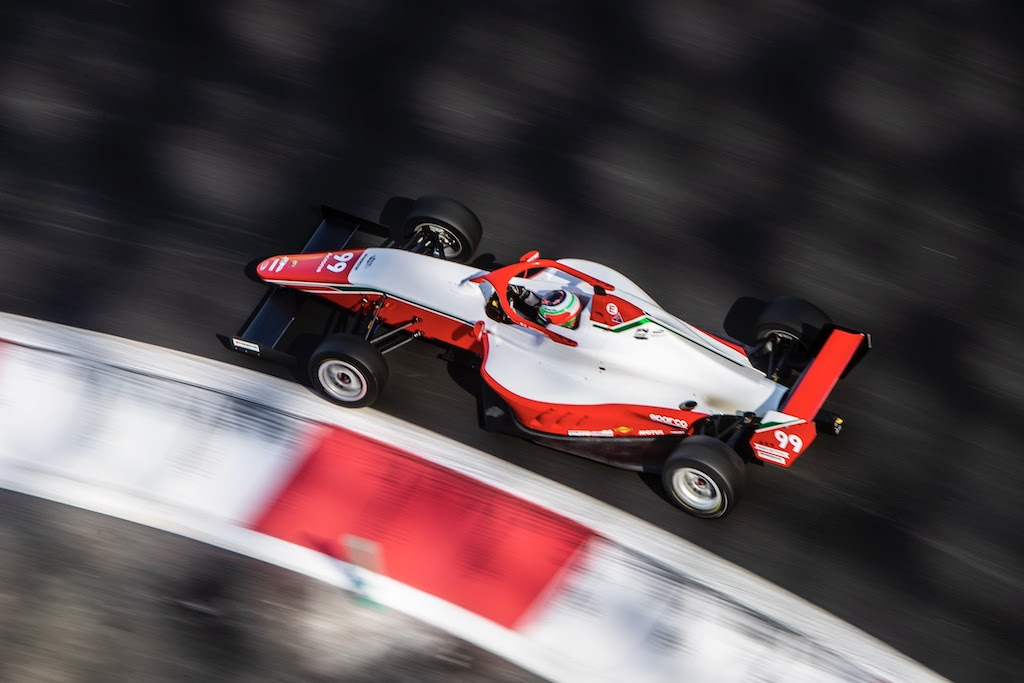 There were two sessions, with the morning running topped by Xcel Motorsport’s Jamie Day. MP Motorsport’s Tasanapol Inthraphuvasak, Antonelli and Hitech GP’s Alex Dunne were all within two tenths of a second of him, and a further nine drivers were within a second of the pace. Slowest was Uzbekistani karting graduate Ismoilkhuja Akhmedkhodjaev, 3.229s back.

The second session was twice stopped, with the red flag periods being caused by AKM Motorsport’s Brando Badoer and JHR Developments’ Michael Shin, and it was Abu Dhabi Racing by Prema’s Aiden Neate who was on top early on by half a second.

After the first restart there weren’t too many improvements, while 3Y Technology by R-ace GP’s Nikhil Bohra recieved a warning for a breach of the practice start and exit procedure with the tunnel at the pitlane exit.

Antonelli went fastest with three quarters of an hour to go of the session and stayed in first place with an improvement of seven tenths of a second. His Prema team-mates occupied the spots behind him prior to the next red flag stoppage, before Bohra rose to second place late on and went just 0.084s slower than Antonelli who will be doing the first and third rounds of the championship as he takes the place of Rafael Camara this weekend at late notice.

Camara’s fellow Ferrari junior James Wharton was third fastest and four tenths slower than Antonelli, with Inthraphuvasak close behind and MP’s Rik Koen in fifth. Koen is set to do the opening two rounds.