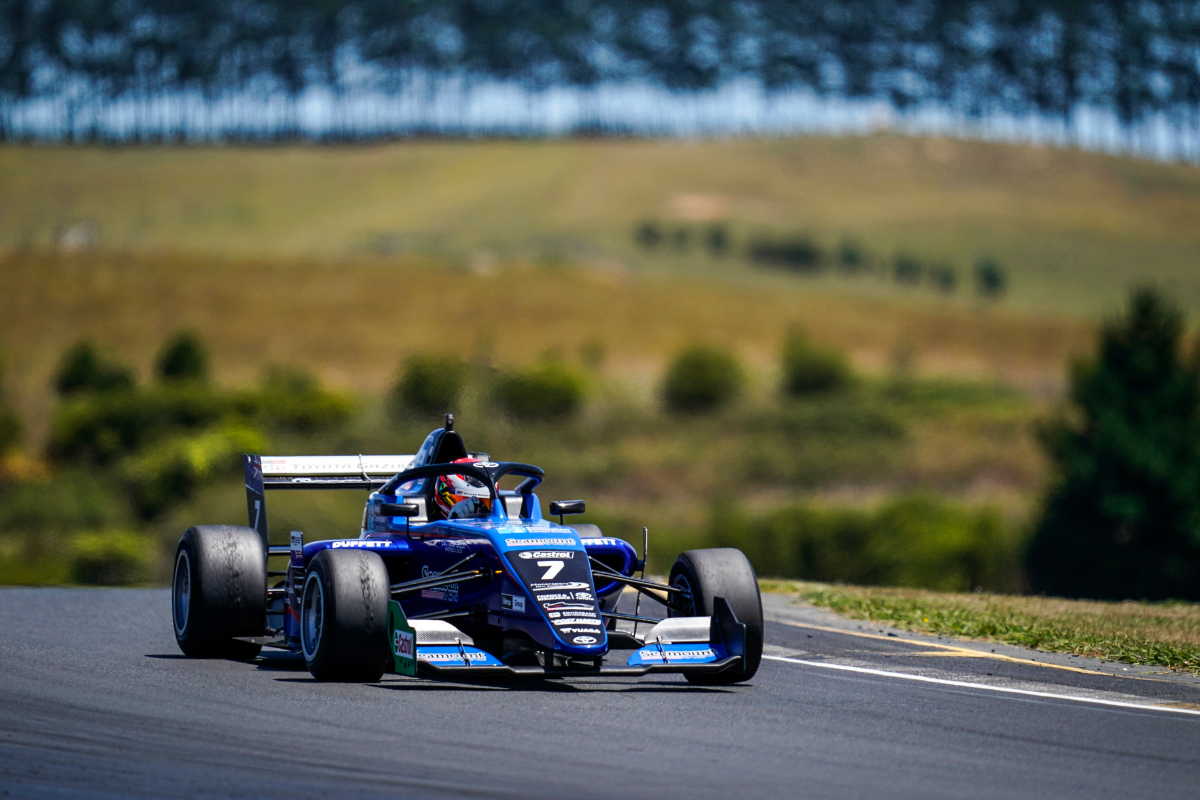 Karting graduate Matthew Payne was fastest across the three free practice sessions for the second Toyota Racing Series round at Hampton Downs, as the grid shrank to seven cars.

The roster of established stars that competed in the season opener the week before were all absent, including the likes of series veteran Brendon Leitch and experienced Formula Ford and Formula 4 racer Josh Bethune who had been announced for the full season.

This left just the young drivers who are all being entered under Toyota’s own banner, and being engineered by TRS’s existing teams.

Peter Vodanovich, champion of Toyota’s single-make 86 sportscar series in New Zealand, set the pace in the opening two practice sessions where used tyres were fitted to the cars, and the gaps on the timesheet were tiny on the circuit’s shorter National layout.

A tenth of a second split Vodanovich and Payne at the top in FP1, and a similar margin split Vodanich from Tom Alexander – a SuperUtes champion and short track dirt oval racer – in FP2.

The drivers had access to fresh rubber for FP3, and Payne used the new tyres to set a 1m01.393s lap and end free practice on top.

Kaleb Ngatoa was 0.107 seconds off his benchmark, with reigning NZ Formula Ford champion Billy Frazer a further 0.008s behind in third.

Vodanovich slotted into fourth in the combined classification with his FP1 time, while Alexander improved late on to be fifth overall and just 0.204s off Payne’s pace.

Chris Vlok was also within a third of a second of Payne, while 2019 Chinese Formula 4 champion Conrad Clark propped up the order but was only 0.558s behind.