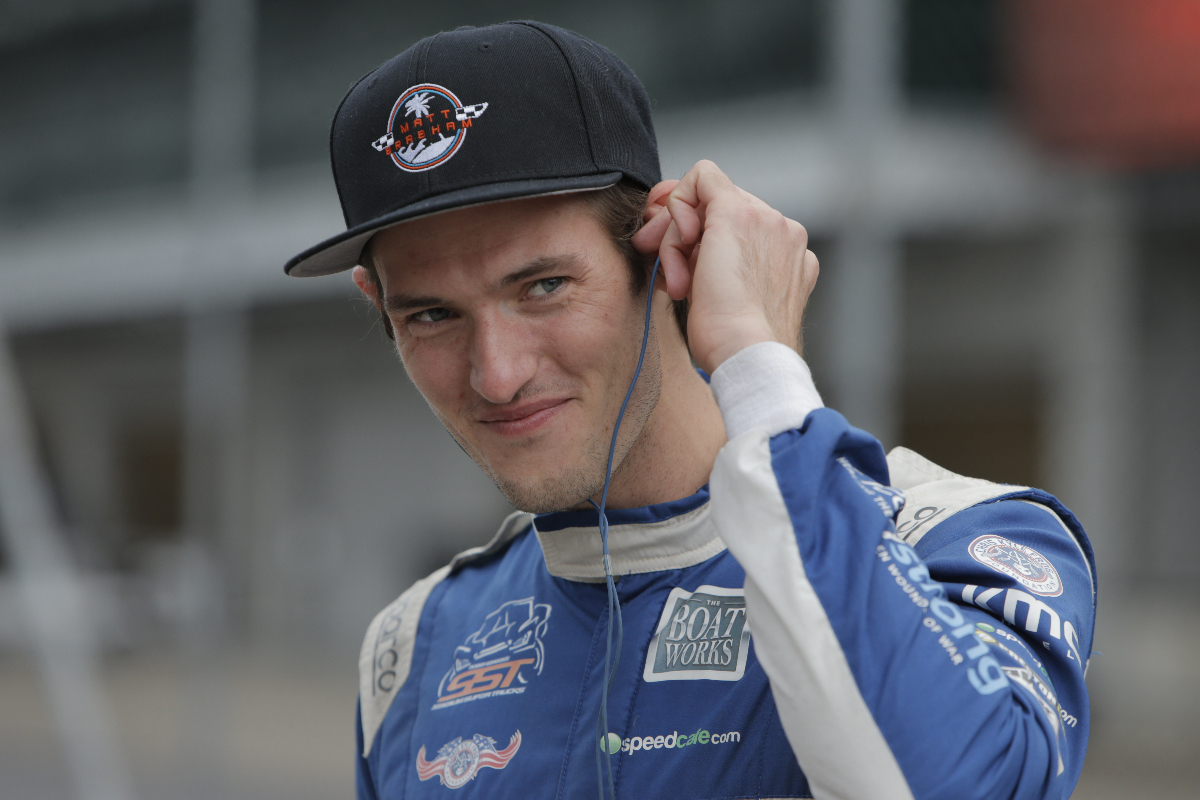 Andretti Autosport will have Matthew Brabham in its Indy Lights line-up this season, seven years on from his last series appearance.

The American-Australian son of former IndyCar racer Geoff Brabham joined the team for post-season testing in 2021 as he targets a return to IndyCar following several years spent in Stadium Super Trucks during which time he won three titles.

Brabham raced for Andretti as an Indy Lights rookie in 2014, taking one win, then drove for the team twice in Formula E. His budget dried up after two rounds of his second Lights season, and he later did two IndyCar races with Team Murray in 2016.

“I’m extremely grateful to Michael [Andretti], JF [Thormann] and everyone who is a part of Andretti Autosport,” said Brabham, whose grandfather Jack was a three-time Formula 1 world champion.

“They have given me many great opportunities over the years, including this one. We have accomplished amazing results together. We have won a total of 14 races and a championship in the past.”

Before Indy Lights, Brabham broke records in Indy Pro 2000 with Andretti as he claimed the 2013 title with 13 wins from 16 races. He graduated to that series off the back of winning the USF2000 title as a rookie too, having moved from Australia where he raced in Formula Ford.

“I’m absolutely ecstatic to be back racing full-time in a proper open-wheel car again with a top team. I feel it’s where I’ve always belonged. I’m willing to give everything I have at this and more to follow my dream of getting back into the IndyCar series.”

His Indy Lights team-mates will be the last two IP2000 champions Sting Ray Robb and Christian Rasmussen, and another series graduate in Hunter McElrea.

“He’s always shown natural talent behind the wheel and was a great Road to Indy contender for us in the past. I’m really looking forward to seeing what our Indy Lights lineup accomplishes this year as all of their talents continue to grow.”