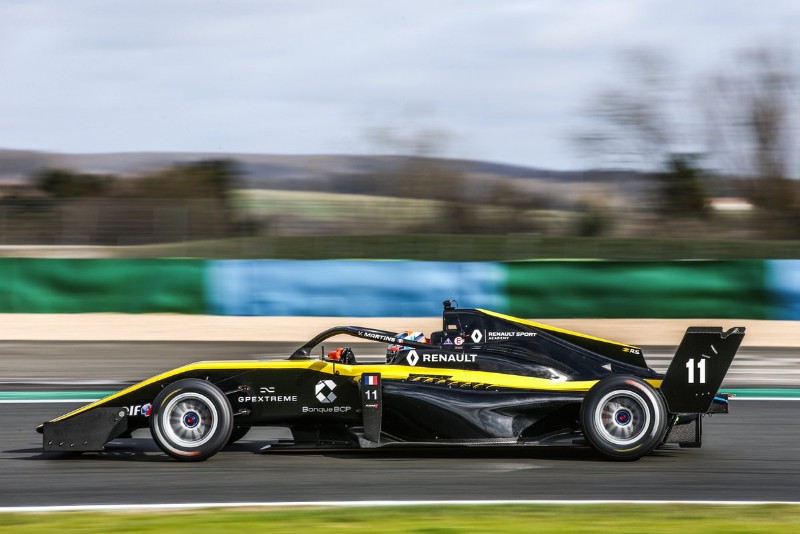 The MP Motorsport driver, who finished fifth in the championship last year when it ran to the traditional two litre regulations with a bespoke chassis, was 0.909 seconds clear of the field in a test with huge pace fluctuations as many teams drove their cars in anger for the first time.

R-ace GP trio Oscar Piastri, Caio Collet and Alexander Smolyar led the running early on in the day, but by the second hour were well down the order. JD Motorsport’s Ugo de Wilde took top spot from them, a feat he would replicate in the afternoon test session.

The R-ace GP drivers rose back up the order towards the end of the morning session, before a late lap by Martins put him almost a second ahead of Smolyar.

De Wilde set his benchmark early in the afternoon session, and intermittent rain and several red flags including one caused by his own off at Estoril corner, kept him at the top.

Smolyar was second fastest once again, with Arden’s Frank Bird and Sebastian Fernandez going third and fourth. This only translated into sixth and seventh in the combined classification, with de Wilde’s afternoon benchmark good enough for third.

Martins’ team-mate Lorenzo Colombo was fourth, the last of the drivers within a second of the front, while Collet’s morning time was also good enough to keep him in fifth overall.

Bhaitech and FA Racing by Drivex also made their Eurocup debuts, with Federico Malvestiti going 10th fastest for the former and Patrick Schott 14th in the sole car for the latter.