Victor Martins on pole for first Eurocup race at Spa 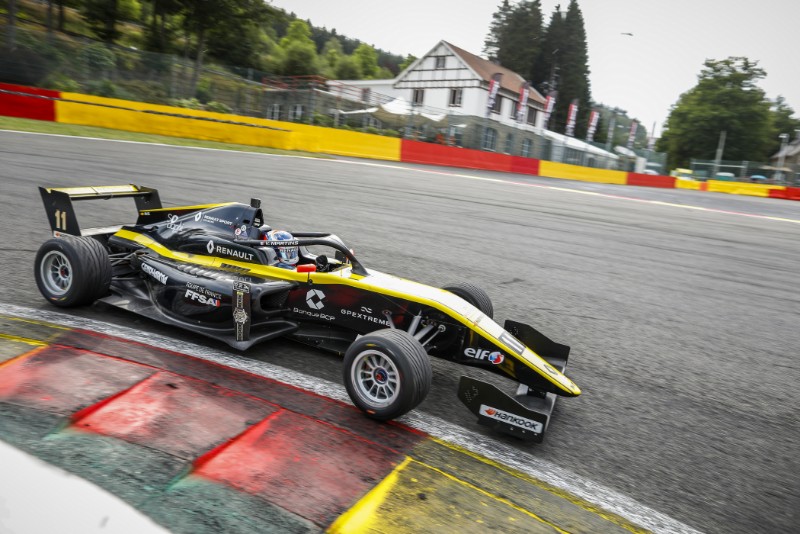 Arden’s Fernandez was sat at the top of the times when qualifying was red flagged with seven minute to go, due to a crash by Global Racing Service’s Alessio Deledda, and when the session was restarted the whole grid went out in tandem.

MP Motorsport led the train of cars, with Lorenzo Colombo gifting his team-mates Martins and Amaury Cordeel a tow in the time left to complete laps.

The second half of the top 10 was set by a flurry of late laps, all with the benefit of slipstreams, after the chequered flag fell. Deledda’s team-mate Xavier Lloveras and FA Racing by Drivex’s Brad Benavides jumped up to surprise fifth and sixth positions, with Patrik Pasma (Arden), Cordeel, race one poleman Leonardo Lorandi (JD Motorsport) and Petr Ptacek (Bhaitech) completing the top 10.

R-ace GP’s title contenders Caio Collet and Alexander Smolyar struggled to 13th and 17th, while JD Motorsport’s Joao Vieira failed to set a lap before the red flag but was able to qualify 14th.