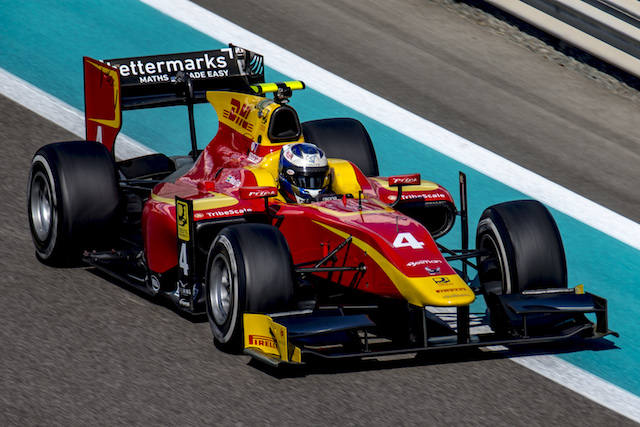 Gustav Malja has been confirmed with Racing Engineering for the 2017 GP2 season after testing with the team last week.

The 21-year-old Swede came 13th in the standings in his first full season in 2016 with Rapax, scoring back-to-back podiums at Spa and Monza.

He spent all three days of the post-season test in Abu Dhabi with the Spanish squad, which won four races with Norman Nato and Jordan King this year.

“I?m excited to join Racing Engineering for the 2017 GP2 season,” he said.

“We began getting to know each other in Abu Dhabi last week, and I immediately felt very much at home.

“It?s a team with a long and successful history in GP2, and I?m convinced it?s the ideal place for my continued development as a driver.

“I?m also very pleased to have everything in place at such an early stage ? it will ease preparations this winter and give us all some peace of mind.”

“Having known him for a couple of years now, he fits into our team philosophy of hard work and teamwork.

“We are going to have a great season working together.”

Malja is likely to be joined at Racing Engineering by?Louis Deletraz, who also did the full test with the team.