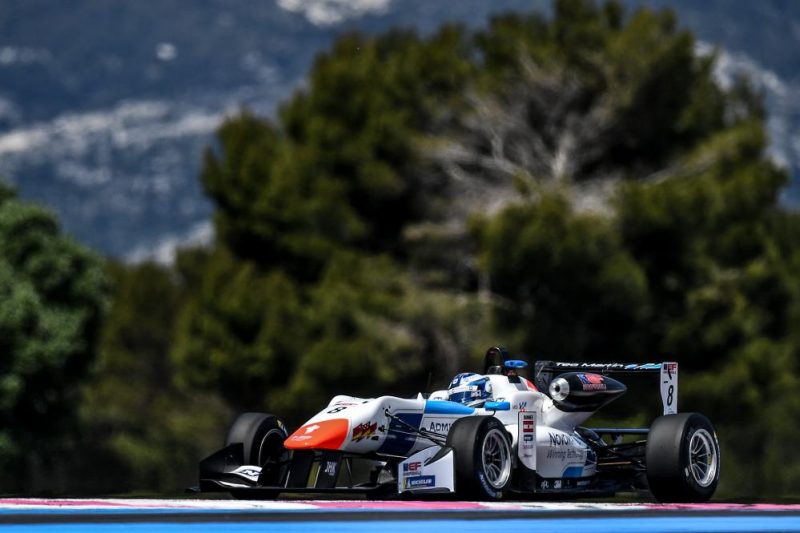 Lukas Dunner took pole for the first Euroformula Open race of 2019 at Paul Ricard, as the debuting HWA and Spiess engines dominated the top of the timesheets.

The Austrian’s pole lap came in the final minute of qualifying, preventing what looked like a Motopark domination of the session.

Former FIA European Formula 3 team Motopark had all four of its Spiess-powered drivers at the top of the times at some point during the session, with it coming down to a battle for pole between Red Bull juniors Yuki Tsunoda and Liam Lawson.

After Dunner’s surprise last minute lap, only Tsunoda had time to respond and he got within 0.026 seconds of the HWA-powered Teo Martin Motorsport driver. The Japanese driver still took the rookie pole though, with team-mate Lawson occupied third and second in the overall and rookie classifications.

Marino Sato made it three Motopark drivers in the top four, and Carlin’s Teppei Natori meant it was also a good session for Japanese drivers, with three in the top five.

Reigning BRDC British F3 champion and Linus Lundqvist were a distant 10th on their championship debut, although fared batter than other British F3 graduates Nicolai Kjaergaard and Billy Monger at Carlin, who were 14th and 19th fastest out of the 21 drivers.