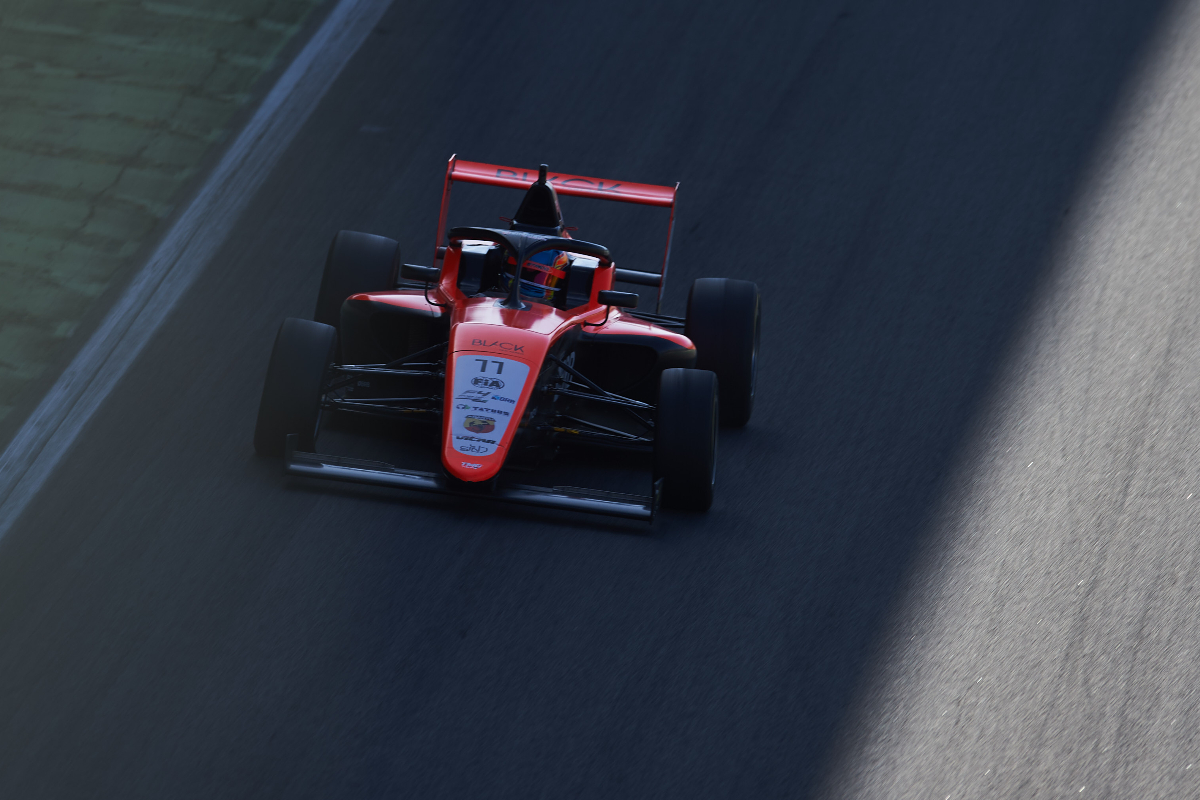 The inaugural Brazilian Formula 4 season reached its conclusion at Interlagos this weekend, with three action-packed races.

With Pedro Clerot having already wrapped up the title, the postponed final round (which was originally supposed to take place at Brasilia) was a fight among five drivers for the runner-up spot.

Lucas Staico claimed that honour, and the TMG Racing driver took both poles in Friday qualifying session. He could only come fourth in race one, but finished third in race two and ended the season with a win. He is now preparing to step up to GB3 in 2023.

The first race on Saturday went to Felipe Barrichello Bartz, after a remarkable late-race battle with Vinicius Tessaro.

Tessaro took an early lead due to a poor launch from Staico, and Barrichello Bartz followed him through. Behind them a scramble involving Clerot forced the champion to retire, putting him last on the race two grid, and Luan Lopes demoted Staico to fourth on lap two.

As the race developed, Tessaro’s advantage ahead eventually dropped. Barrichello Bartz made a dive bomb move into the Senna S on the penultimate lap and got through, but next time around Tessaro passed him back around the outside of curva do Lago, but Barrichello answered that with a crossover move at Laranjinha and took the win.

His cousin Fernando Barrichello started from reversed-grid pole for race two, and led every lap en route to victory.

The battle behind him was fierce, involving Nicholas Monteiro, Nic Giaffone, Tessaro and Nelson Neto. At the halfay point of the race, contact between Cavaleiro Sports team-mates Giaffone and Tessaro sent the later into retirement with a broken front wing. Giaffone’s car also lost pace, but he managed to finnish the race second.

Staico passed Neto to claim third and secure the championship runner-up spot, with three different teams represented on the podium.

In race three on Sunday, Staico didn’t repeat his startline mistake from race one and converted pole into victory. He managed to open a gap of a second over Tessaro quickly and left him fighting with Barrichello Bartz, Lopes and Clerot.

Lopes eventually cleared Tessaro having sustained early pressure applied from Barrichello Bartz, whose tyres were quickly wore out by the attacking pace for long so he settled for third, ahead of Tessaro and behind Staico and Lopes. Champion Clerot got his only points of the weekend in fifth.

There was a late change to the grid ahead of the weekend, as Argentinian-born driver Francisco Soldavini joined KTF Sports and TMG’s new Ferrari junior Aurelia Nobels had to withraw from the event due to an appendicitis surgery earlier this week.