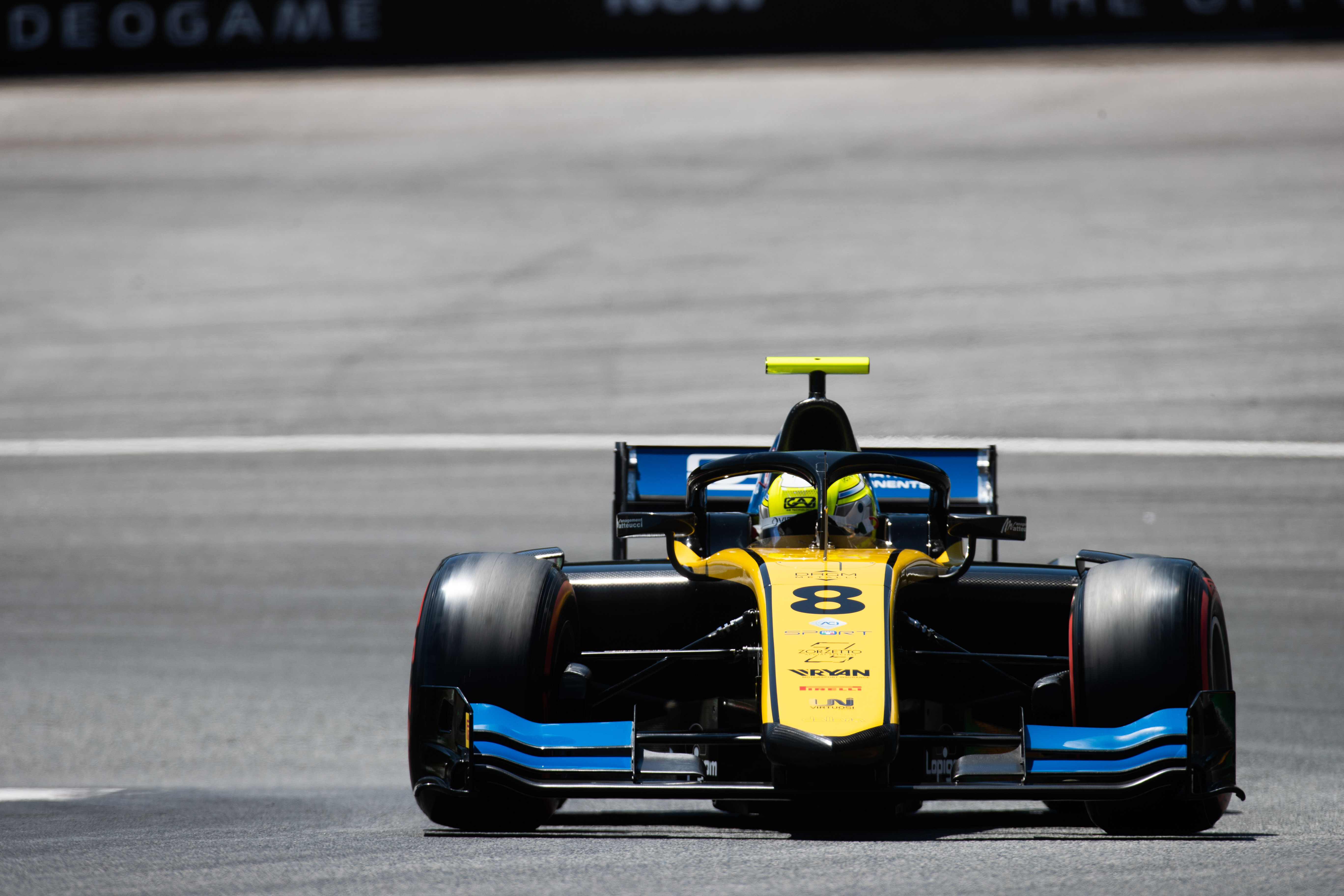 Luca Ghiotto set the pace in Formula 2 free practice at Silverstone ahead of Nicholas Latifi.

Virtuosi driver Ghiotto was later out on track for the traditional qualifying simulations at the start of the 45-minute session, and took top spot away from Sergio Sette Camara around 20 minutes in by the best part of half a second.

While most drivers focused on race runs, some went again for flying laps during the second half of the session. Campos driver Jack Aitken, having been quickest early on, took second from Sette Camara before Latifi claimed the place, 0.115 seconds behind Ghiotto.

Championship leader Nyck de Vries was an early pace-setter and ended up sixth ahead of Arjun Maini, who was another improver in the latter part of the session in his second outing of the year with Campos.

Louis Deletraz was eighth, recovering from early contact with Sean Gelael at Brooklands that sent the Prema driver into a spin and then to the pits with suspension damage. The incident is to be investigated.

Deletraz was just 0.005s ahead of Carlin team-mate Nobuharu Matsushita, with Jordan King rounding out the top 10, ahead of Mick Schumacher.

Dorian Boccolacci was 15th in his first session with Trident, one place ahead of compatriot Anthoine Hubert.

Luca Filippi: The GP2 throwback guiding the future of F2