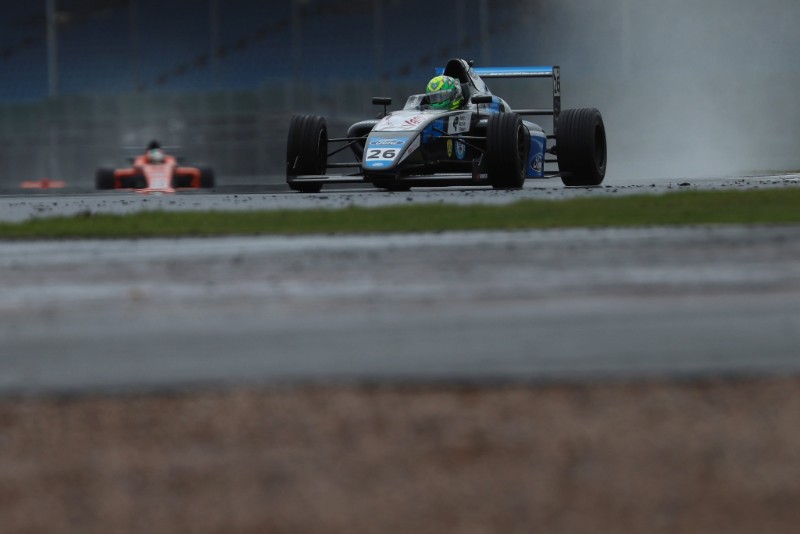 Louis Foster was fastest in British Formula 4 free practice at Silverstone, with both sessions hit by rain.

In the drier morning session, Double R Racing’s Foster set a benchmark pace 0.433 seconds faster than Arden’s Bart Horsten, who set the least laps while the conditions were still manageable.

Foster’s team-mate Sebastian Alvarez was third fastest, a further 0.029s back, with a large gap back of JHR Developments’ Carter Williams and Carlin’s Zane Maloney in fourth and fifth positions.

Arden’s Alex Connor and Fortec Motorsports’ championship debutant Christopher Lulham were the only other two drivers within a second of Foster, with no opportunities to improve after that as torrential rain hit Silverstone.

The second session went ahead, but laptimes were over six seconds slower around the usually sub-minute circuit.

Horsten was fastest by 0.462s from team-mate Connor, with Foster and Maloney in third and fourth. Lulham ran the fewest laps in the treacherous conditions, but was able to go 12th fastest of the 14 cars.