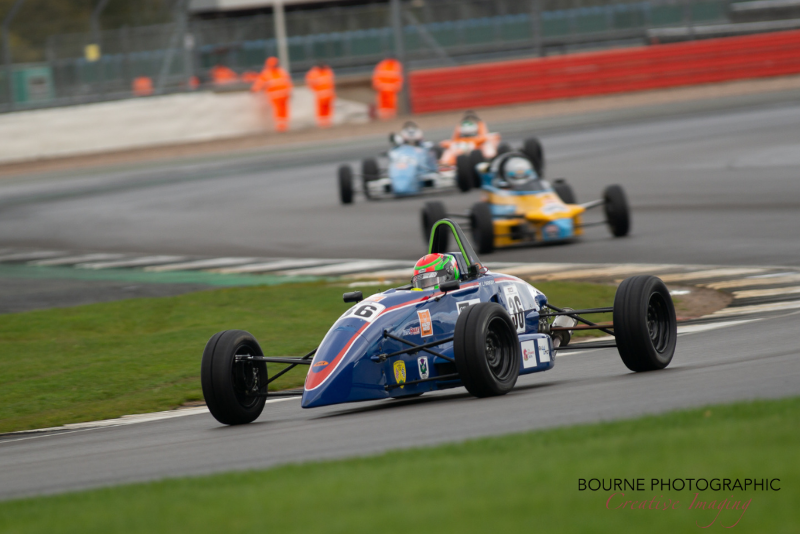 Logan Hannah and Graham Brunton Racing are targeting BRSCC National Formula Ford 1600 next year, partly due to the weakness of the grids in Scottish FFord.

They then contested the FFord Festival and Walter Hayes Trophy in England, with Hannah finishing 21st in the latter as team-mate to W Series champion Jamie Chadwick. A second season in FF1600, in England, is now the plan for Hannah.

“I’d like to venture down south and do the National next year,” the 18-year-old Scot told Formula Scout.

“The racing up in Scotland, with the limited running and lack of cars, it’s starting to get a little bit more difficult [to progress].

“But the racing that I’ve done these last two weekends has been immense, and I know it’s going to be exactly the same in the National championship.”

Both GBR and Hannah confirmed to Formula Scout that plans are already in fruition to race full-time in England, with team boss Graham Brunton expecting to field one or two drivers in addition to expected signing Hannah.

“It’s unfortunately dying a little bit up there [in Scottish FFord], because all the Scottish drivers that Graham has had in the past, have come down south and started racing with other teams.

“Everybody that would be able to and close enough to race at Knockhill, races down south.

“It’s unfortunate, but I think following the crowd will just mean we get more racing and a little bit more track time. I just want to keep racing next year, and Knockhill at the moment unless they can find a good another 10 to 15 cars, then I don’t think it’s where I’m going to be.”

Championship regular Steve Barlow was Hannah’s full-time team-mate in Scotland, and she was partnered up with Dario Franchitti protege Ciaran Haggerty for the Festival and Chadwick for the WHT.

“Learning from Jamie for example has been immense. She’s just such a lovely person, so easygoing that any question I ask she’s able to give an answer.

“Our cars have been similarly matched all weekend, which has been really exciting, and we’ve been in the same races all the way through to the final. Good for the girls.”

Hannah is currently a member of the Arden-linked Young Racing Driver Academy, an association that isn’t confirmed to continue into 2020.

“I think my YRDA contract goes up at the end of this year. Whether we continue it or not is up to my dad, as he pays for it. I’ve worked with YRDA now for coming on six years. I’d like to see it continue, but it depends on what I’m doing next year and if I have the extra budget for it.”