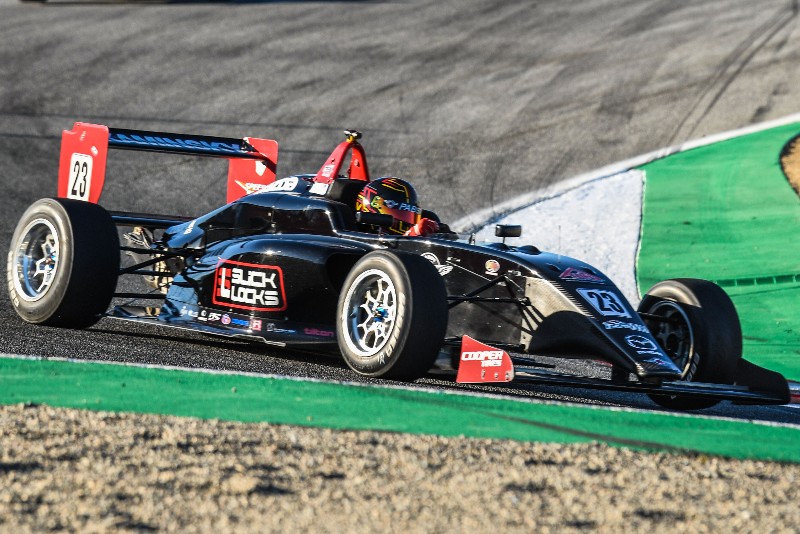 Colin Kaminsky will move up to Indy Pro 2000 next year with Pabst Racing, the same team that ran him to fourth in USF2000 this year.

The 20-year-old has raced in USF2000 for the last three years, finishing 18th in his first season in 2017, then progressing to 10th in the standings last year and to fourth overall in 2019.

Kaminsky tested the IP2000 car at the recent post-season Chris Griffis Memorial Test, and was second fastest with Pabst.

?The best part now is that it really sets the bar looking forward to 2020,? said Kaminsky.

?Personally, I couldn’t be more pleased to keep my positive relationship with everyone under the Pabst tent going for a second year.

“I’m beyond excited to keep this pace up, have immense success in our debut season, and ultimately compete for a ticket into Indy Lights. The whole team is hungry, and we’re ready to eat!?

Pabst Racing will be making its debut in IP2000, having competed primarily in USF2000 for the last few years, and with significant success.

?Advancing from USF2000 to Indy Pro 2000 demonstrates the natural progression of the Road to Indy ladder for drivers and teams alike.

“Colin?s pace in our Indy Pro car at the Chris Griffis Memorial test was a great indicator of Colin?s ability, as well as our team?s, to step up to the next level and be competitive right out of the box. Collectively, we can?t wait for St. Petersburg next March!?