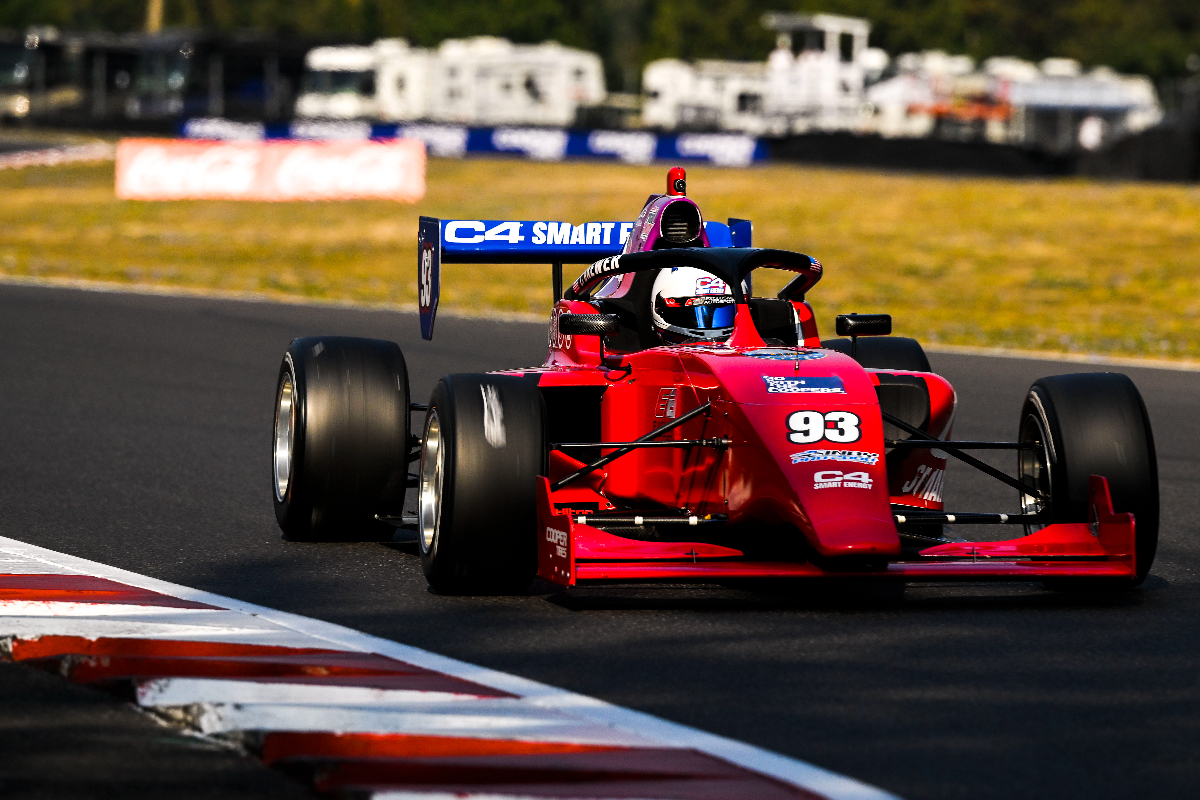 Lindsay Brewer will race in USF Pro 2000 again in 2023, after joining Exclusive Autosport for a part-time campaign this year.

The 25-year-old missed the opening two rounds of the 2022 season due to how late she signed her race deal, and also missed two rounds later in the year. She came 15th in the standings, with a best finish of eighth achieved on her debut.

Brewer, better known as a social media personality, karted as a youngster before moving into car racing in 2015 in the United States’ Legends championship, before stopping motorsport to go to university. She returned to action in sportscars, then joined Skip Barber Racing School.

With the school she contested its single-seater series and finished sixth in the 2021 standings, and raced in TC America in a Honda Civic and was 14th in a part-time campaign. Brewer also tested several times in Formula 4 machinery before deciding on moving into USFP2000, which was known as Indy Pro 2000 prior to the series’ recent renaming.

“2022 has been an incredible year working with Exclusive Autosport in USFP2000 and I was very happy with my debut, which was a top-10 finish,” said Brewer.

“I’m excited to be racing a full season next year in 2023 with C4 Smart Energy as my title sponsor. I hope to bring more attention to women in the motorsports world, as we all push to work together in a sport where women and men can compete together.

“I hope 2023 will be a competitive season, as I have a goal of entering IndyCar and the Indy 500 in the next few years.”

Brewer is the team’s second signing for 2023, alongside fellow sophomore Yuven Sundaramoorthy who joins from Pabst Racing.

“I am excited to welcome Lindsay back for a full season of USFP2000 competition,” Exclusive’s team principal Michael Duncalfe added.

“Lindsay made incredible progress throughout the season. We have a great off-season testing programme in place for her to continue her development and we are looking forward to her having a great 2023 season.”