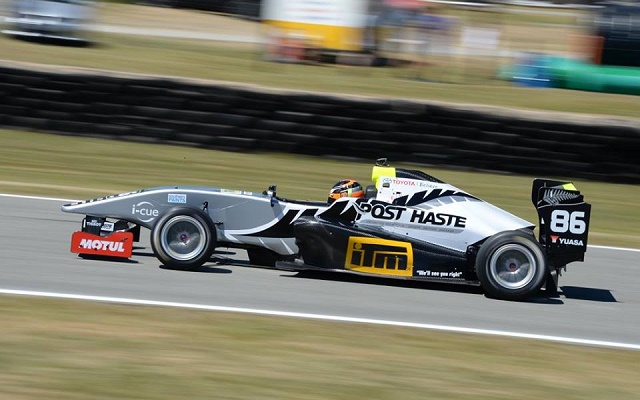 Victory’s Brendon Leitch and Giles’ Santino Ferrucci topped the Thursday practice sessions ahead of the third Toyota Racing Series round at Hampton Downs.

Leitch led much of the first session, before being deposed by single-seater debutant Callum Ilott. However, the Kiwi, who won last time out at Teretonga, managed to reclaim the lead.

Ilott took second ahead of James Munro and Charlie Eastwood, who made it four teams represented in the top four.

Ferrucci was fifth, leading Ferdinand Habsburg by 0.01s. M2 pair Brandon Maisano and Arjun Maini were seventh and eighth, while Sam MacLeod and Artem Markelov rounded out the top ten.

Markelov, Damon Leitch, Matteo Ferrer and Ilott made up the rest of the top ten.