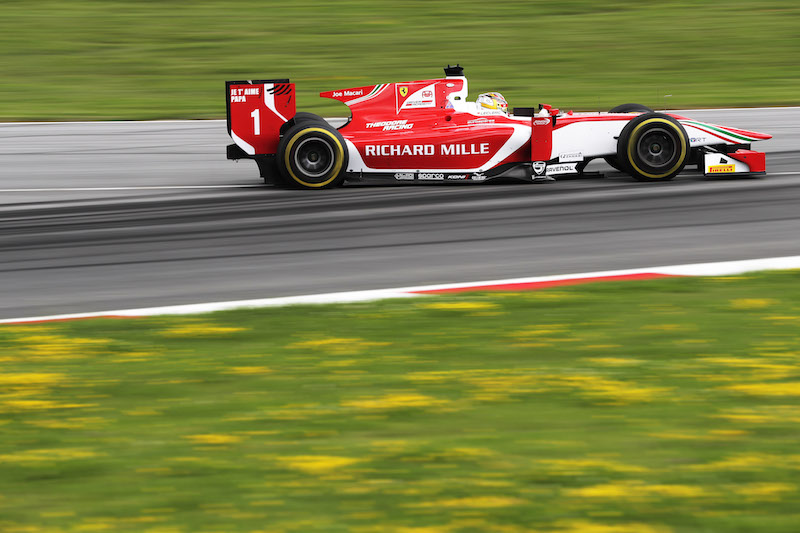 Charles Leclerc saw off the unlikely challenge of Sergio Sette Camara to maintain his unbeaten record in Formula 2 qualifying at round five at the Red Bull Ring.

The championship leader had a troubled start to the session when he stalled in the pit-lane, but after a delay he was soon on track and setting the pace.

Ferrari junior Leclerc led the way by 0.131 seconds after the first runs, with fellow rookie Sette Camara his closest challenger.

After the second runs got underway, Alex Albon ? returning having missed Baku after breaking his collarbone ? hit the top of the times with four minutes to go, with his ART Grand Prix team-mate Nobuharu Matsushita slotting in just behind him in second.

Sette Camara, whose previous qualifying best was 10th at the opening round in Bahrain, then went fastest in his MP Motorsport car, but Leclerc was able to better that by 0.34 seconds.

Former Red Bull Junior Sette Camara ended the session in the gravel trap exiting Turn 7, reporting a problem with his clutch on the radio. This brought out the yellow flags, preventing any last-minute improvements.

Antonio Fuoco, who had been second to his team-mate in practice, moved up to third just before this, with he and Albon completing an all-rookie top four on the grid.

Luca Ghiotto claimed eighth in front of Nicholas Latifi and Norman Nato, who could face a sanction for appearing to impede Artem Markelov at Turn 8 at the end of the first runs, with the Russian eventually ending up 15th.

Raffaele Marciello finished up 17th upon his return with Trident, falling back after deciding to use the empty track in the middle of the session.