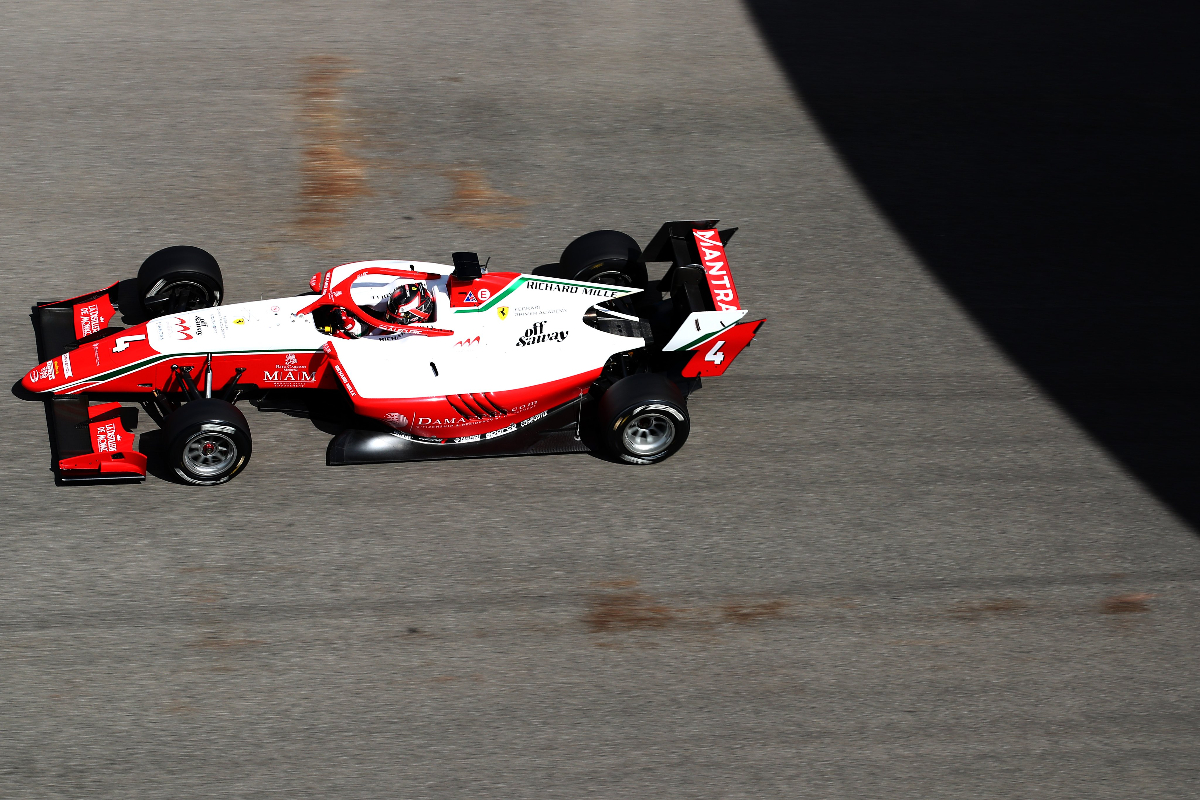 Arthur Leclerc scored his and Prema’s first FIA Formula 3 victory of the season ahead of Zak O’Sullivan and Ollie Bearman at Silverstone.

Carlin’s O’Sullivan led from pole ahead of Leclerc at the start, while Trident’s Zane Maloney had Jak Crawford and Caio Collet for company in a battle for third.

Bearman moved past Collet and Crawford exiting the Loop and the Prema driver then challenged Maloney on the Wellington Straight. After going wheel to wheel through Brooklands, the pair made contact into Luffield, with Maloney spinning and Bearman dropping to fourth behind MP Motorsport’s Collet.

Van Amersfoort Racing’s Franco Colapinto had a separate crash and, just as the safety car was deployed, Leclerc swept around the outside of O’Sullivan into the lead at Stowe but was told by his team to hand the position back.

Racing resumed on lap four of 22, with Leclerc immediately renewing his challenge to O’Sullivan. After drawing alongside into Brooklands, Leclerc then completed the move on the inside through Woodcote.

The safety car was brought out for a second time at the halfway stage after VAR’s Rafael Villagomez lost his front wing in contact with Hitech GP’s Nazim Azman and then crashed into the barriers at Copse.

Leclerc continued to control proceedings when the green flags were waved once more on lap 15. But O’Sullivan closed back in with three laps remaining, with Leclerc forced to defend against the Briton at the end of the Hangar Straight. The Ferrari Academy driver then pulled clear once more to take the win.

Bearman snatched third into Brooklands from Collett on the penultimate lap and continued his charge to catch O’Sullivan on the final tour. He made a lunge up the inside into Stowe and the battle continued to the flag, with O’Sullivan holding by 0.051s.

Collet came home fourth ahead Saturday’s sprint race winner Hadjar and Crawford, while championship leader Victor Martins battled from 11th on the grid to seventh ahead of Trident’s Jonny Edgar, who climbed from 14th.

David Vidales was ninth for Campos ahead of sprint race podium finisher Reece Ushijima. Maloney recovered to 11th, while Hitech’s Kaylen Frederick lost out in a late battle with Vidales and slipped back to 12th.

Trident’s Roman Stanek, who started the race second in the points, retired after a collision at Brooklands with ART’s Gregoire Saucy, whose team-mate Juan Manuel Correa also retired during the race.

Koyama in the clear in FRJC after dominant Motegi weekend