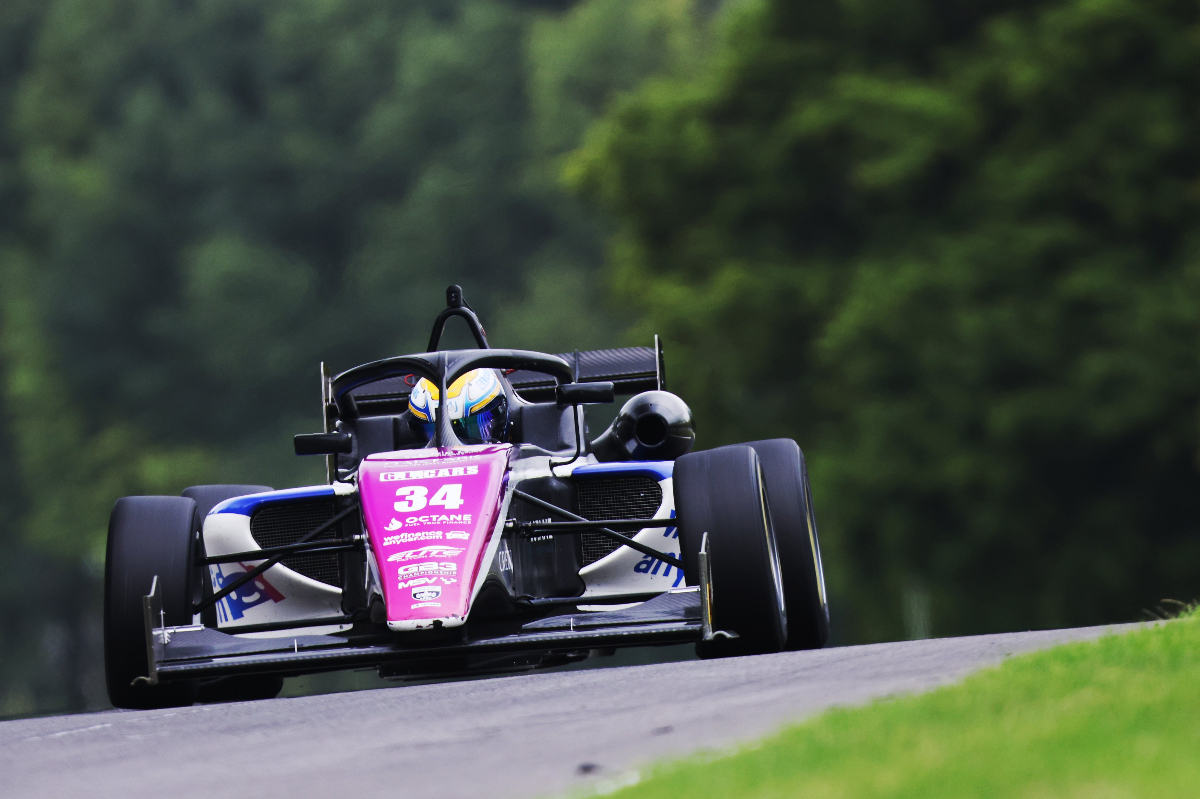 Elite Motorsport’s Tom Lebbon took this third GB3 victory in race two at Brands Hatch, as Luke Browning moved to the top of the championship standings.

Lebbon led away from pole at the start, resisting pressure from race one victor Matthew Rees through the first couple of corners.

Behind them, Hitech GP’s Browning took third away from title rival Joel Granfors, setting the move up through Paddock Hill Bend and Druids before completing it into Graham Hill Bend.

At the same time, Rees made slight contact with Lebbon and lost momentum, allowing both Browning and Granfors to draw alongside. Browning snatched second through Surtees, with Granfors following him through into third, but the Fortec Motorsports driver made a slow exit from Westfield, enabling JHR Developments’ Rees to reclaim the place into Sheen Curve.

Lebbon pulled out an early one-second lead before Browning almost halved the gap, but the positions remained the same until the finish, with the top two separated by 0.718s.

Rees finished a further 0.5s adrift to take the final podium spot, while Granfors came home a distant fourth, conceding the points lead to Browning in the process.

Arden’s Alex Connor finished within 0.6s of Granfors, with Elite’s John Bennett and Hitech’s Bryce Aron coming home close behind. Javier Sagrera came out on top in a feisty early battle with Roberto Faria to edge his Carlin team-mate to eighth.

Arden’s Nico Christodoulou rounded out the top 10, but his team-mate David Morales ended up off the road at Graham Hill Bend while running eighth and finished 14th.

Callum Voisin profited from the incident to finish 13th, having recovered from the back row of the grid.