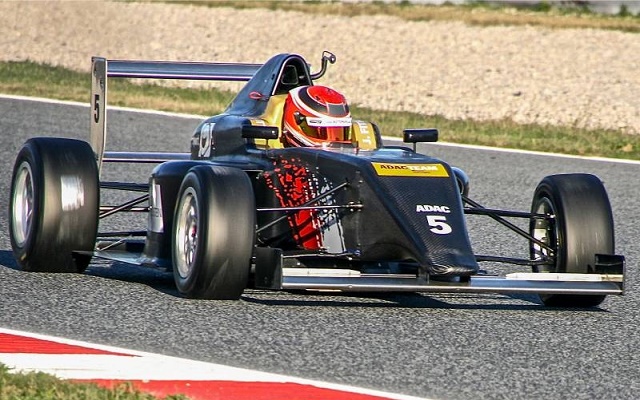 Fittje, 15, was one of Germany’s biggest talents of the past season, taking second in ADAC Kart Masters and eighth in the CIK-FIA KFJ World Championship.

Supported by the German federation ADAC, he will race with Team Motopark.

?Our first tests have shown that I?ve managed the transition from karting to the Formula 4 car quite well and the team and myself are working very well together, too,” said Fittje.

“I?m grateful to Timo Rumpfkeil and Team Motopark for the faith and trust they?ve put in me and am looking forward to a lot of lessons learned in my maiden year in Formula 4.?

Fittje is the second confirmed Motopark driver for the 2015 ADAC F4 season as ADAC Formel Masters graduate?Joel Eriksson has also been revealed?to be part of the team.

“We?ve been following Fittje’s career ever since he won the Kart Masters on our home track, Oschersleben,” said Timo Rumpfkeil, team owner. “He has shown his speed and kart control time and again, and he backed that impression up during our development and testing program in the past couple of months.”

“We will do everything we can to be successful together in Germany?s first ever Formula 4 season.?

With Motopark expected to field four cars, there are two more seats that are still to be announced.