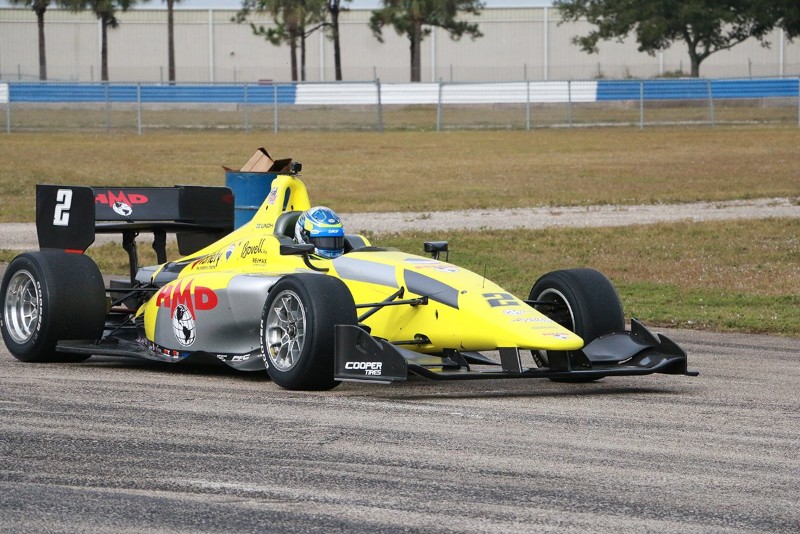 The Swede struggled to get to pace on the first day of the test, but was immediately at the front on the second day at Sebring’s club layout, going fastest in both sessions.

Lindh led HMD Motorsports team-mate and fellow IP2000 graduate Antonio Serravalle in the morning session, and looked like he was going to finish behind Andretti Autosport’s Kyle Kirkwood in the afternoon before a flurry of improvements in the last 10 minutes.

Reigning IP2000 champion Kirkwood dropped several tenths off his best, before Lindh jumped ahead of his team-mate and Kirkwood to take top spot.

Kirkwood struck back, with less than a tenth separating the top two, before Lindh but in a stunning sub-56s lap to reclaim first place.

Megennis, Kirkwood and Frost were fastest in Wednesday’s three sessions.