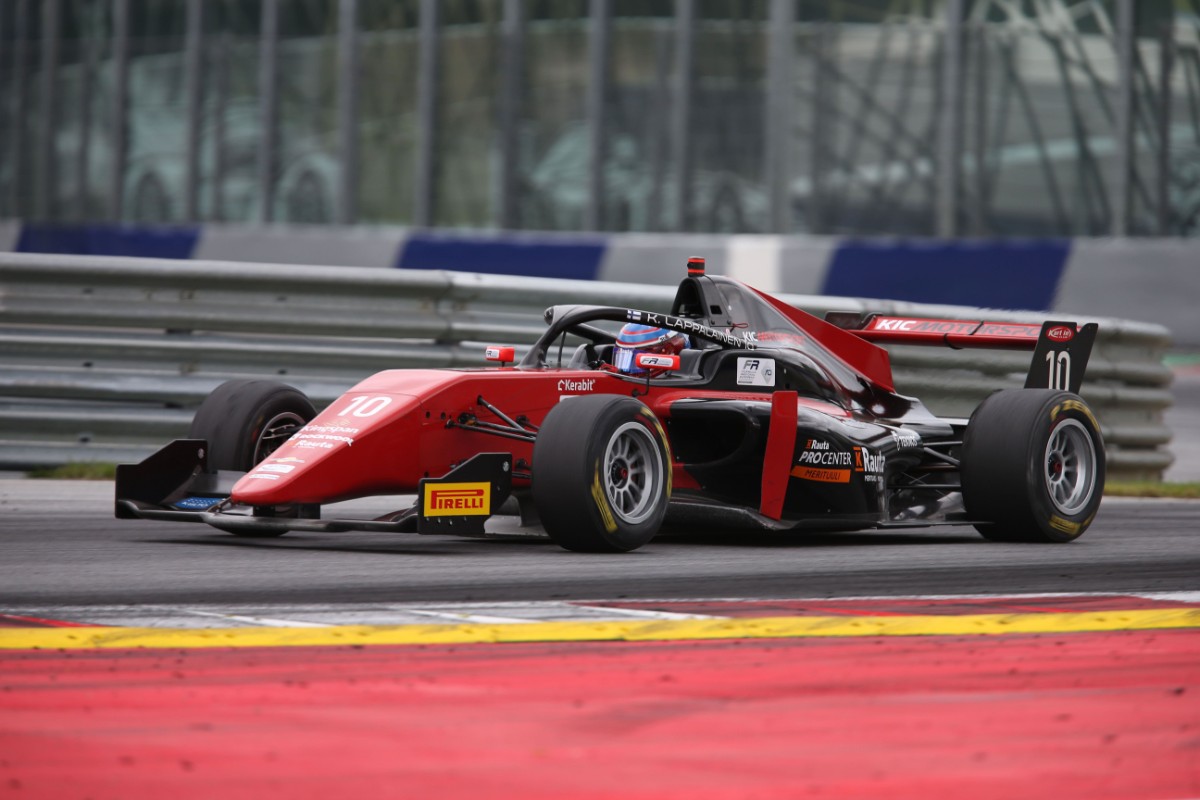 Franco Colapinto topped the pre-event test for the final Formula Regional European Championship round at Monza, as Konsta Lappalainen announced his return to the series.

MP Motorsport driver Colapinto set the fastest lap of the day on his final lap in the fourth and final 50-minute session to beat Prema’s Dino Beganovic session three benchmark by 0.056 seconds.

Lappalainen was only 29th fastest out of 36, with the Finn being a last-minute replacement for Jasin Ferati who was injured at Mugello. He will compete as a wildcard this weekend for his father Petri’s team, and has three podiums to his name from FREC’s first two seasons. This year he has been driving for Emil Frey Racing in GT World Challenge Europe.

Beganovic and team-mate Paul Aron were often the pacesetters through testing, and Aron was just 0.016s slower than Beganovic in session three to go third overall.

Gabriele Mini was seventh for ART Grand Prix despite being one of four drivers not to improve on their morning laptimes, while champion team-mate Gregoire Saucy was 11th fastest.

The Prema set-up wasn’t attuned for the final session and a lack of improvement from David Vidales meant he ended up eighth overall, ahead of R-ace’s Isack Hadjar and Van Amersfoort Racing’s Mari Boya.

FA Racing’s Andrea Rosso started the day looking fast, but caused a red flag and ended up down in 27th place, ahead of Dilano van’t Hoff who headed straight from Spanish Formula 4 testing at Barcelona to join MP at Monza.