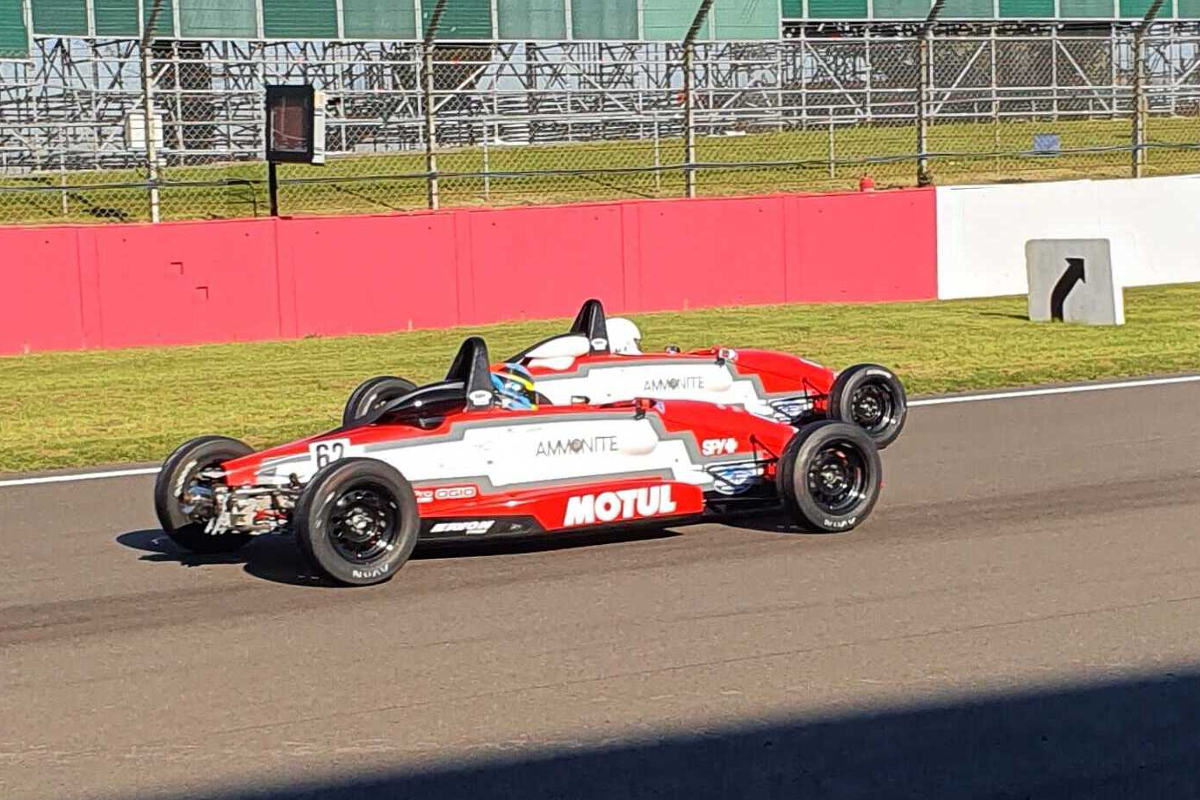 Andre Lafond took a maiden win ahead of Ammonite Motorsport team-mate Colin Queen as the 2022 BRSCC National FF1600 Championship drew to a close at Donington Park.

B-M Racing’s Rory Smith swept around the outside of reversed-grid polesitter Lafond into Redgate to lead the opening lap, with Team Dolan’s Niall Murray passing Joey Foster for third.

Having fended off team-mate Queen through the opening corners, Ammonite’s Shawn Rashid went for a move on Don Hardman Racing’s Foster into Melbourne, and got sideways under braking and ended up passing Murray for third as well.

Lafond started to apply pressure at the front on Smith, who locked up while defending the inside into Redgate on lap three, allowing Lafond to move ahead.

Initially the pair were able to open up a two-second gap, as battle raged behind. Murray tried to retake third from Rashid into Goddards, but contact sent him into the barriers. Miraculously, he was able to get going again and eventually came home 10th.

Queen soon dispatched Rashid before eradicating the deficit to the lead duo. He then took second away from Smith exiting Redgate but, despite applying late pressure, came home second behind his team-mate.

Rashid ended up in the gravel on the final lap at Macleans, while Foster also retired at the Melbourne loop.

The new National FF1600 champion ended the campaign with seventh place ahead of Dolan’s Morgan Quinn and Michael Eastwell, who recovered from the back of the grid after suffering a technical failure in race two.

In the championship standings, Sharp secured fourth place ahead of Rashid and Lafond, while Quinn dropped to eighth in the final points table behind McCaughan based on their dropped scores being applied.