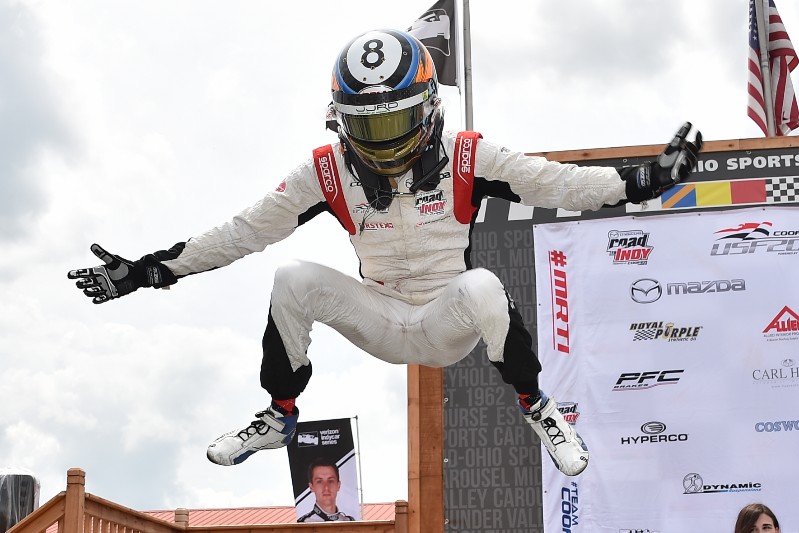 The 20-year-old Floridian had been expected to sign for Abel Motorsports, which he tested with in post-season testing last year, and also ran him to the inaugural F3 Americas title.

Instead he has made the switch to RP Motorsport, which wasn’t present for the final round of the 2018 season nor in post-season testing. The team also runs cars in Euroformula Open and the new-for-2019 Formula Regional European Championship, and is looking towards entering Indy Lights in the future.

“We are very happy to be at the start for the second consecutive year in such a prestigious championship,” said RP Motorsport team principal Fabio Pampado, whose team debuted in IP2000 last year.

“We strongly believe in this project and we are convinced that, after a first season of adjustment, this year it will be possible to gather even greater satisfactions.”

For the pre-season tests and season-opening St. Petersburg round, RP will field Kirkwood and 22-year-old Italian Damiano Fioravanti, who raced for the team in EF Open and World Series Formula V8 3.5.

“We’re happy at the same time to welcome Damiano back to our family, even if only for the round of St. Petersburg: for him this will represent a valuable training in view of a very challenging season that will see him at the start in the European Le Mans Series ”

Although he has looked beyond Abel for his IP2000 drive, paid for by the Mazda scholarship he won as USF2000 champion, Kirkwood could well make a return to the team to defend his F3 Americas title.

Antonio Serravalle will return to IP2000 for his second season in car racing, this time driving for new team Pserra Racing, which is supported by USF2000 outfit Jay Howard Driver Development.

The 16-year-old Canadian entered over half of last season with Exclusive Autosport, with a best finish of eighth. The Pserra Racing team he will be making a return with is owned by his father Peter Serravalle.

?The [Tatuus] PM-18 car is an amazing car. It?s fast, and I really enjoyed the whole programme in 2018 as the series is top notch and very professional,? explained Serravalle.

?2018 was a year of learning new tracks and absorbing all that I could from engineers and team members. The car was unexpectedly fast, but I took it all in stride and worked on gaining as much knowledge as possible.”

Pserra previously ran Serravalle Jr in Rotax shifter karts, in which he was a national champion in the Micro and Mini classes.