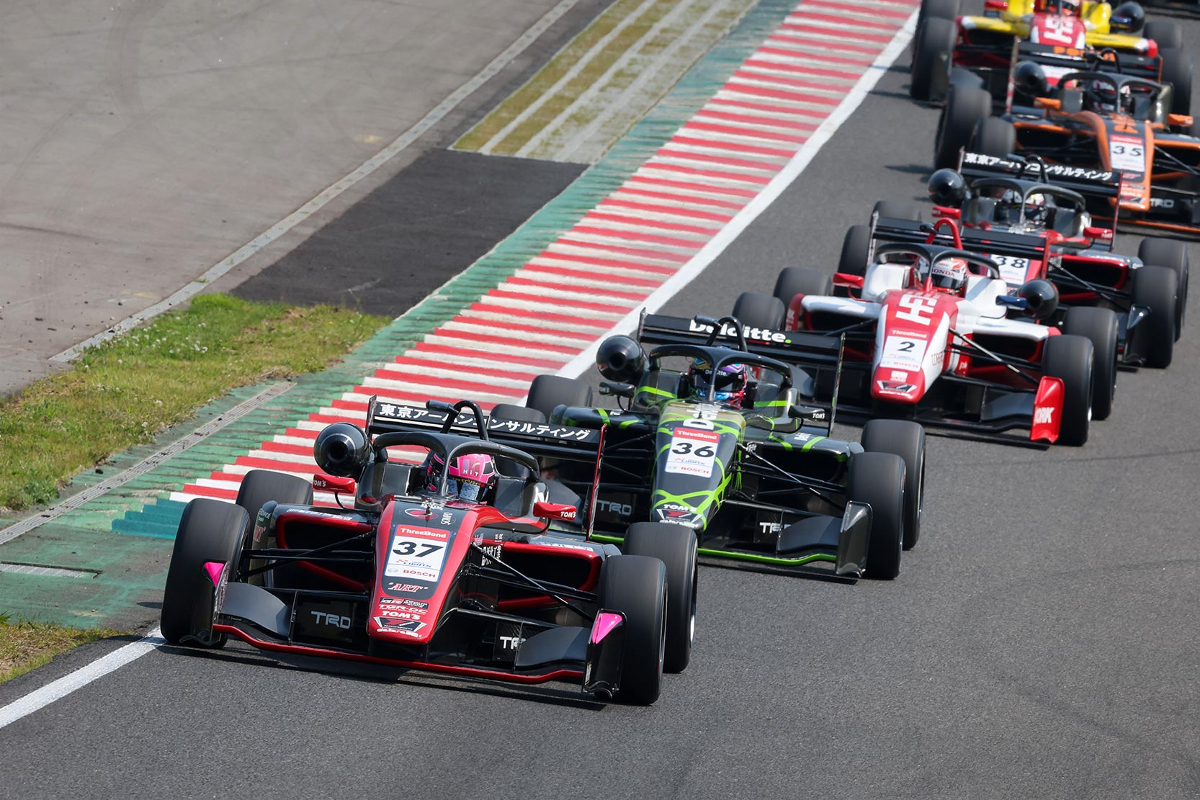 TOM’S driver is now back at the head of the Super Formula Lights points table after winning all three races at Sportsland SUGO.

Following up his success in a crazy race one on Saturday, it was almost the opposite when the cars returned to track on Sunday as Kotaka had the calmest possible route to victory. He led every lap after starting from pole, and his winning margin was 5.125 seconds.

Yuga Furutani went around the outside of Kakunoshin Ohta into turn one on the opening lap and then pulled away from him just as easily as Kotaka raced away up ahead, and he finished a lonely second.

Ohta initially had more pressure in holding on to third but eventually pulled clear of Hibiki Taira and Iori Kimura, who had taken fifth from Seita Nonaka at the opening corner of lap three.

The most dramatic momemt was when DRAGON attempted the same move on Masters classification rival Nobuhiro Imada halfway through the race but their rear wheels touched and he ended bouncing into the gravel, which he didn’t take too long to escape from.

Imada’s defence of ninth place was the most exciting battle of the race, first holding off DRAGON and then resisting lap after lap of pressure and attempted overtakes by Yuya Hiraki.

Race three was not too dissimilar. Kotaka led all the way from pole, although had Tairi in his mirrors for a vast majority of the race, and Imada was rigorous in the defence of his ninth place against DRAGON.

Between them was Nonaka in third, who mostly kept pace with the top two, Furutani, the charging Ohta who started 10th but finished fifth thanks to several mid-race passes. His race did start with drama though as Kohta Kawaai cut across his front down the pit straight and spun himself into retirement with an immediate puncture.

Moments later, Iori Kumura went off and he pitted for a new front wing during the safety car period that followed Kawaai’s crash.