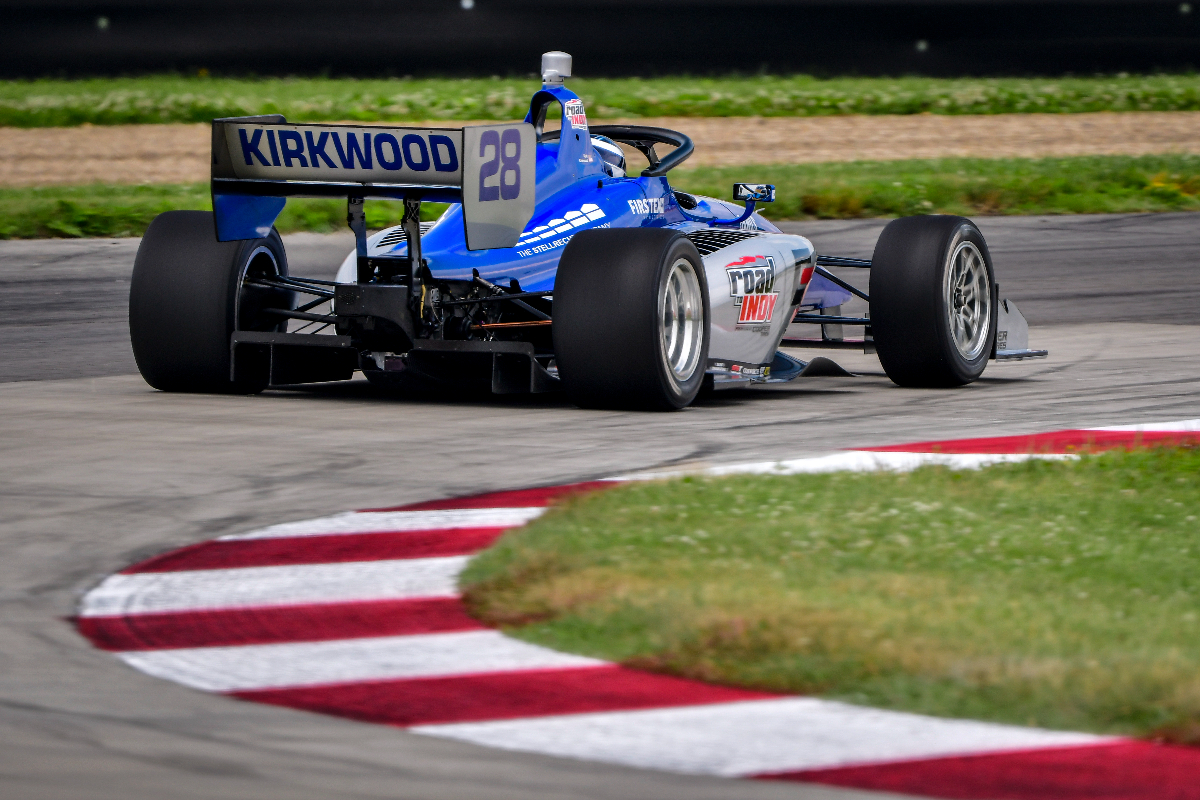 Andretti Autosport’s Kyle Kirkwood set the pace in free practice at Mid-Ohio as Indy Lights heads into the second half of its season.

Kirkwood, who sits eight points behind HMD Motorsport’s championship leader David Malukas, set the quickest time in the second half of the 45-minute session.

The session was halted early on as Global Racing Group with HMD’s Linus Lundqvist had his third incident of the day after going off seconds into the session at the keyhole hairpin. He didn’t return to track after that.

Times started to drop away after Kirkwood’s effort, not helped by light rain on the circuit, but a few drivers improved on their position late on, including DeFrancesco.

Danial Frost spent most of the session towards the top of the timesheets, with the Singaporean driver completing Andretti’s 1-2-3, while team-mate Robert Megennis set the early pace but slipped back to fifth.

Malukas was fourth fastest, while Juncos Racing pair Sting Ray Robb and Toby Sowery were sixth and seventh. Robb found time late on, while Sowery slipped back after good speed early on.