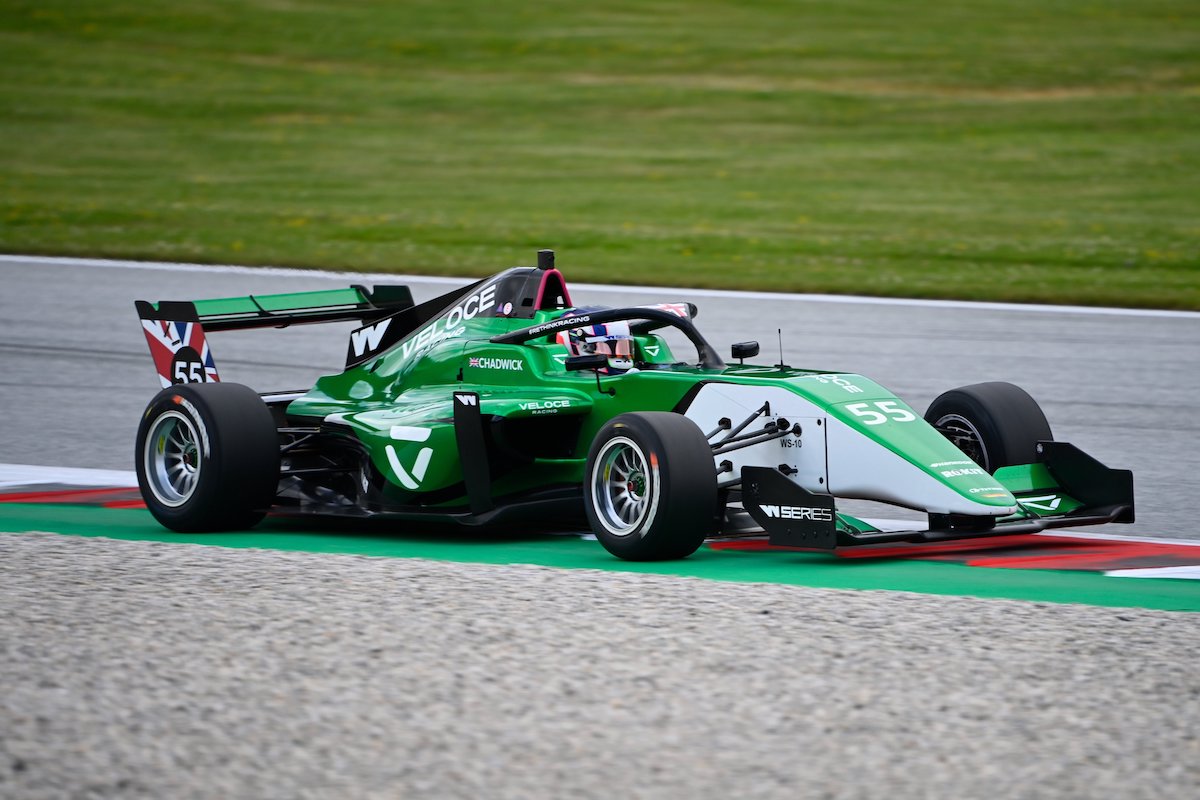 Jamie Chadwick continued her strong pace in the second round of W Series in Austria in qualifying, fending off Beiske Visser to take pole position.

The session came alive in the closing ten minutes of the session as fuel levels decreased, Chadwick sending her time tumbling before following it with a dominant lap of 1m28.473s

Visser challenged Chadwick but was 0.118s off the pace and will start in second in Saturday’s race ahead of Bruna Tomaselli, who will inherit third tomorrow due to Emma Kimilainen receiving a three-place grid penalty for contact in round one.

Chadwick set the pace from the start of the session, battling for the fastest time with rookie and W Series Academy driver Irina Sidorkova on her first run.

Despite challenges to her fastest time from Nerea Marti and Abbie Eaton, the reigning champion Chadwick put in a consecutive number of dominantly fast laps as the fuel load decreased.

Tomaselli began the session with an issue with her left-front wheel nut making her unable to leave the pits, but was able to challenge Veloce team-mate Chadwick in the closing 12 minutes of the session to go 0.349s off the pace.

The session was red-flagged before any of the drivers could set a lap time as Sabre Cook, driving for Bunker racing, spun at Turn 8 on her out lap and found herself beached in the gravel.

Alice Powell, last week’s pole-sitter and race winner, was the first out on track after the red-flag and maintained consistent pace in the midfield, falling to the bottom of the timing screen before improving to take P13.