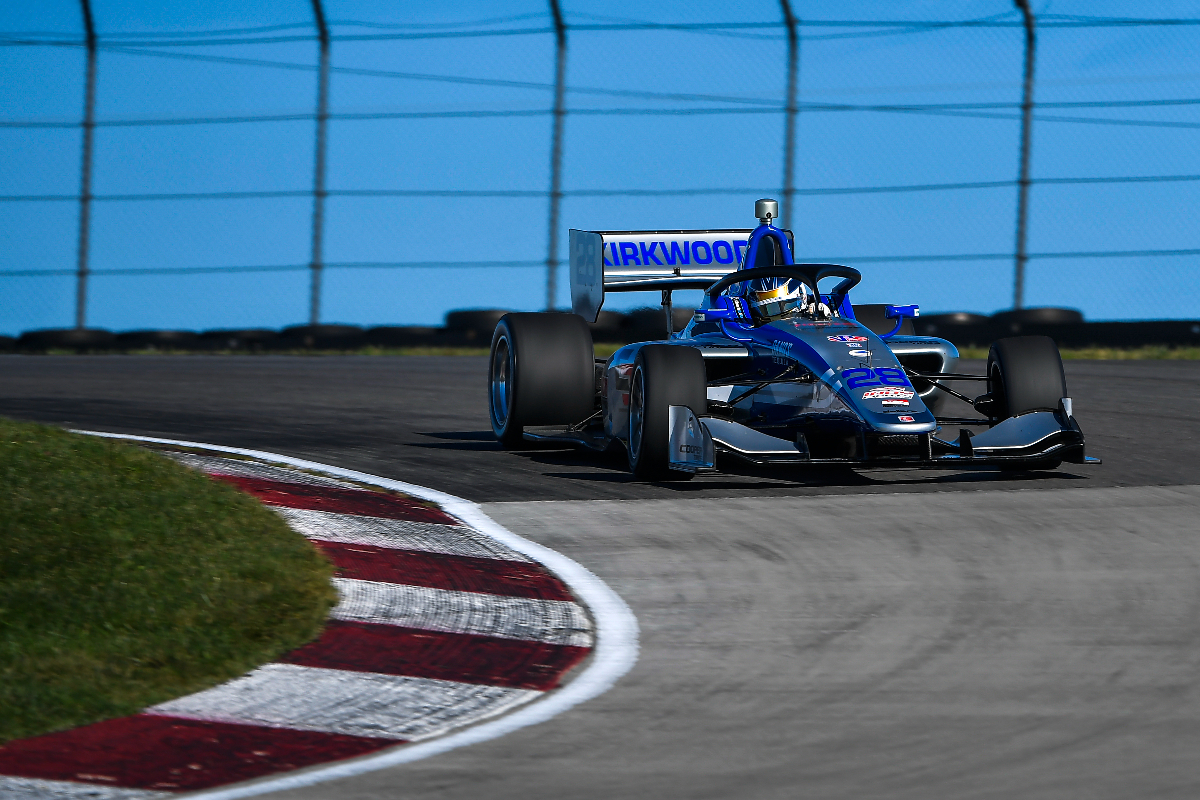 Andretti Autosport’s Kyle Kirkwood is close to clinching the Indy Lights title after taking a record-equalling 10th win of the season at Mid-Ohio.

Despite getting a poorer launch than title rival David Malukas at the start of the 30-lap race, which began at the finish line as opposed to the run down to Turn 3 as IndyCar uses, Kirkwood was able to critically take the inside line into the fast first turn and keep ahead in what turned out to be an opening lap with plenty of activity.

Unfortunately, with the push-to-pass unavailable this weekend around the tight and twisty circuit, there were only a handful of on-track overtakes the rest of the race.

Regardless, out front, Kirkwood was able to open up a two-second lead to HMD Motorsports’ Malukas in the first third of the race, before extending it to seven seconds and then easing off at the end. He also picked up a point for leading every lap.

Kirkwood’s win equals the record set by Greg Moore back in 1995, who won 10 races from 12 races that year, and extends Kirkwood’s own outright record for the most wins on the Road to Indy ladder.

The result also gives Kirkwood a 22-point championship lead with 32 available, and he is set to pick up nine points just by making the start of Sunday’s race.

Some way behind the lead pair was Andretti duo Robert Megennis, rounding out the podium, and Danial Frost, who passed fast-starting Sting Ray Robb early on.

Juncos Hollinger Racing’s Robb took his best Lights result to date despite losing a spot, finishing fifth from seventh on the grid.

Another fast starter was Global Racing Group with HMD’s Linus Lundqvist, who made up four spots on lap one to take sixth, before struggling for pace.

He held up a train including HMD’s Manuel Sulaiman, Andretti Steinbrenner’s Devlin DeFrancesco and his own team-mate Benjamin Pedersen who started fifth but dropped back early on during lap one and was unable to recover.

Juncos’s Rasmus Lindh rounded out the top 10 after getting stuck behind Pserra Racing’s Antonio Serravalle for a number of laps, severely hampering his race.