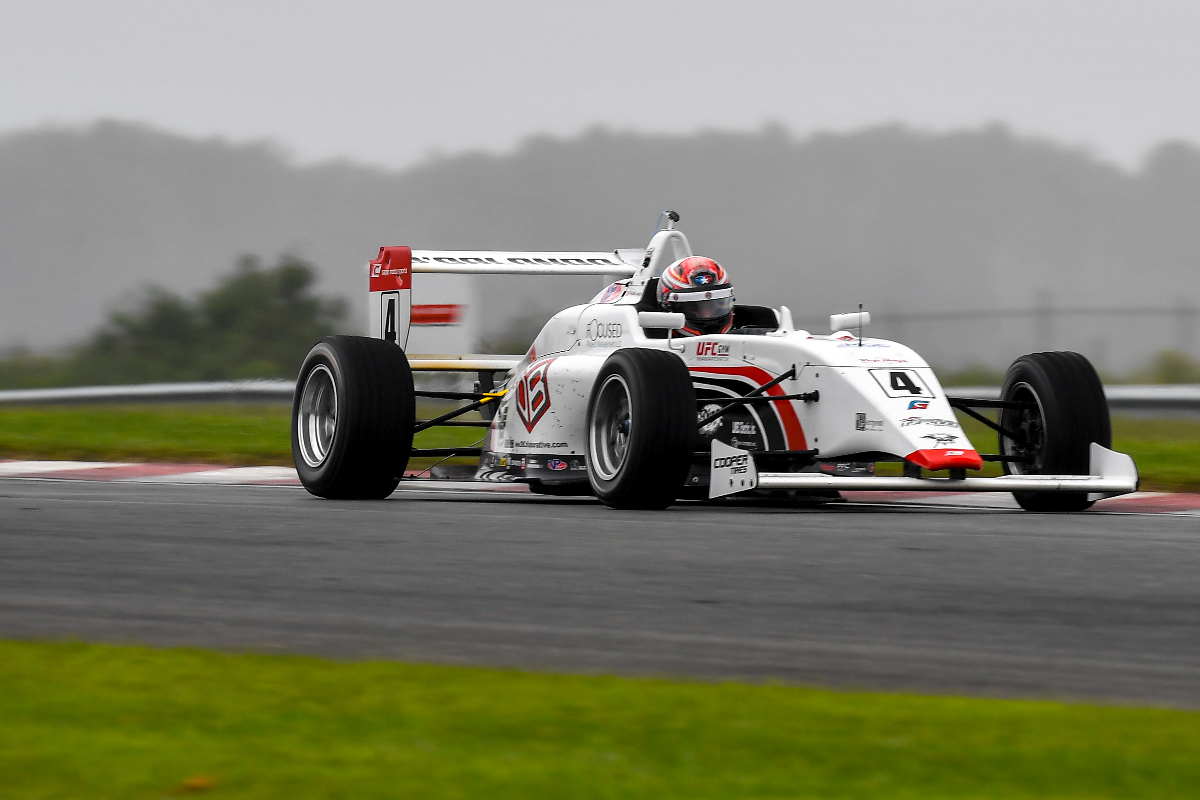 D’Orlando did so in qualifying for race one of the weekend, taking the top spot on his first run before fresh tyres led to further laptime improvements across the grid. With the penultimate lap of his second run, he was able to set a new record pace around the circuit for the series.

Getting pole position means he cuts Kiko Porto’s championship lead to 48 points, with 65 available for the rest of the weekend and drivers taking one point for merely starting Saturday’s race.

DEForce Racing’s Porto struggled to trouble the top five in qualifying. He was seventh in the first run and could only improve to sixth with his final effort.

Behind d’Orlando was Pabst Racing’s Yuven Sundaramoorthy and practice pacesetter Jace Denmark, both fairly close to the pace.

DEForce’s Prescott Campbell and Turn 3 Motorsport’s Josh Green rounded out the top five ahead of Porto.

Porto will have team-mate Nolan Siegel and Pabst’s Josh Pierson right behind, while Cape’s Thomas Nepveu, an early pacesetter, and Force Indy’s Myles Rowe rounded out the top 10 – the latter having set his best time with his final effort.