Home Featured Kirkwood “not stressing” on 2022, situation not “as cut-throat” as F1
Indy NxtIndyCarNews 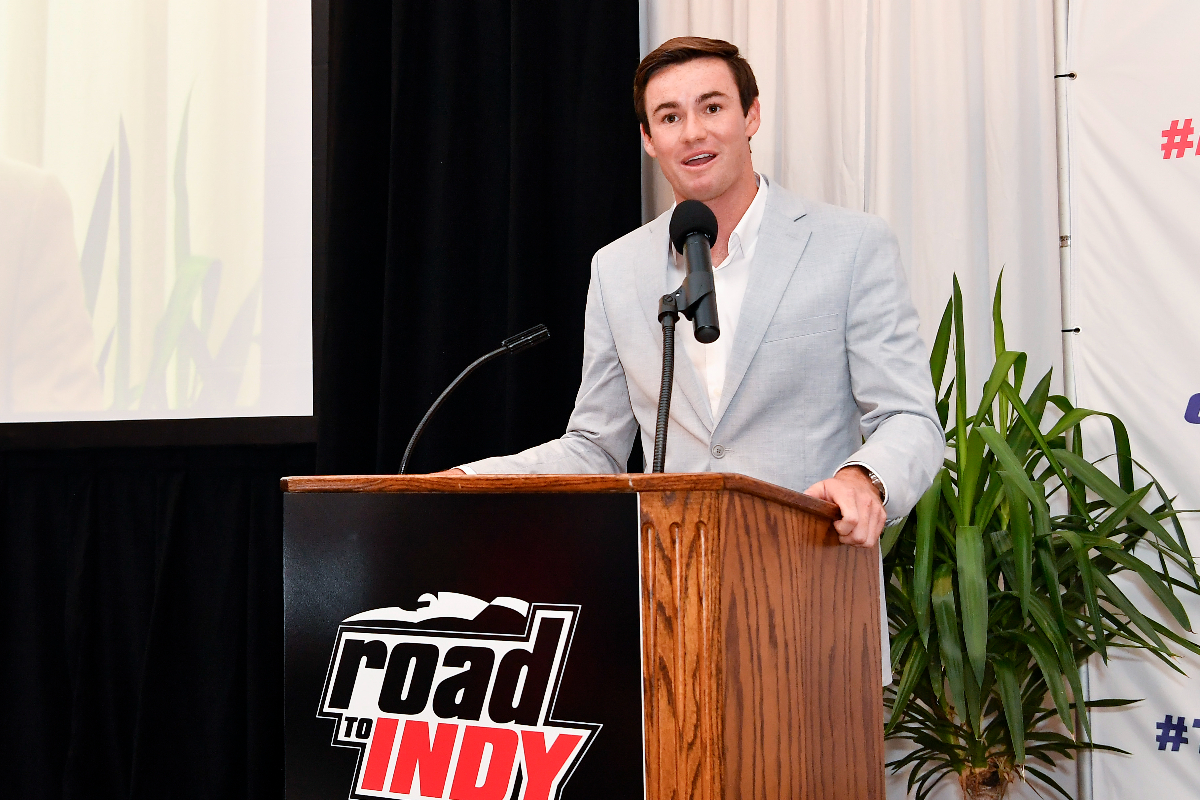 Kyle Kirkwood has told Formula Scout that he hopes that one of his “top picks” for an IndyCar drive in 2022 comes off.

The $1.37 million scholarship that comes with the crown guarantees entry into three IndyCar events in 2022, including the Indianapolis 500, but Kirkwood is targeting a full campaign.

“Technically there is [news], but I can’t talk about it,” Kirkwood, the Road to Indy’s most successful driver, said of his 2022 plans on this week’s Formula Scout Podcast.

Andretti Autosport is one potential spot for Kirkwood alongside Colton Herta, Alexander Rossi and Romain Grosjean, but Devlin DeFrancesco is believed to be favourite for the vacant fourth seat.

Kirkwood could also be in contention for seats at Rahal Letterman Lanigan Racing or Dale Coyne Racing, as their full line-ups are yet to be confirmed.

Andretti boss Michael Andretti has also previously shared his desire to have an American in his Formula E team, where there is also a vacancy for the next season.

“I had my top picks, right? And hopefully one of them comes together,” Kirkwood explained.

“I think we should be able to know if it is in the next [two to three] weeks. There will probably be an announcement then. But if it doesn’t come together, then I don’t know what the timeline is, to be honest.

Comparisons to the situation that Formula 2 leader Oscar Piastri currently faces can be drawn, as he is on course for three successive junior single-seateer titles.

Kirkwood feels his situation is not as bad as the Alpine junior, who looks to have missed out on graduating to Formula 1 but has no other known options if he wins the F2 title.

“I don’t know him, I’ve never spoken with him, but I know his predicament,” Kirkwood said. “I’m really close with Logan Sargeant, and he was obviously a team-mate and they competed with each other at Prema last year in F3.

“So, I wouldn’t say mine is as cut-throat as his is, because he’s looking at winning the championship, right? And there’s probably not going to be an opportunity, and it’s not like he can go back and do F2.

“I think he finds himself in a bit of a sticky situation there. And I think I’ve got a few opportunities that could come together, so mine’s a little bit more relaxed than his is.

“Right now, all my deals I’ve had in the past except for the Andretti deal came together about two weeks before the first event. So, I don’t press for time or anything, I’m not stressing about it, we’re only three days after the championship concluded.”