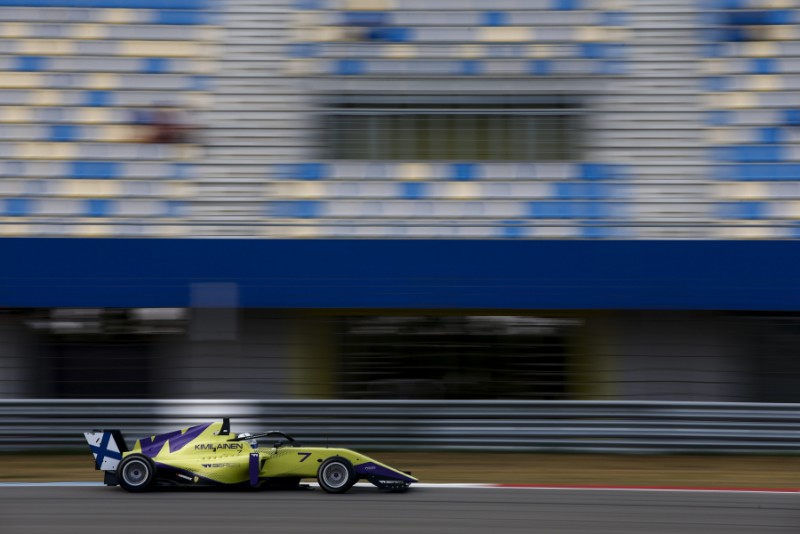 Emma Kimilainen took her first W Series pole at Assen in a qualifying session that was stopped twice.

The Finn has missed two of this year’s rounds through injuries sustained at the Hockenheim season opener, but was quick from the off at Assen and converted her free practice pace into a 0.127 second qualifying advantage over Alice Powell.

With four-and-a-half minutes to go of qualifying, Shea Holbrook span off at the far end of the circuit and caused a red flag. No improvement were made by drivers when the session was restarted, as Vicky Piria’s Hitech GP-ran car set on fire and ended the session a minute early.

Championship leader Jamie Chadwick initially set the pace, but had sank to the bottom of the top 10 in the middle of the session. She jumped up to third with seven minutes left of qualifying, shortly after Kimilainen had demoted Powell from first place.

Having also sank down the order at some points, local hero Beitske Visser ended up in fourth, just 0.181s off pole.

The third row of the grid will be filled by Australia’s Caitlin Wood and South Africa’s Tasmin Pepper, who was set to improve after the first red flag period, as fifth fastest qualifier Sarah Moore has a five-place grid penalty from the last race at the Norisring.

Her penalty has moved title contenders Fabienne Wohlwend and Marta Garcia up to seventh and eighth. Wohlwend was late to head on track but immediately went second fastest with her first flying lap, while Garcia’s lap put her inside the top 10 moments before the first red flag of the session.

Both Esmee Hawkey and Moore had dramatic moments where they were launched into the air by Assen’s kerbs, but both managed to continue seemingly damage free.