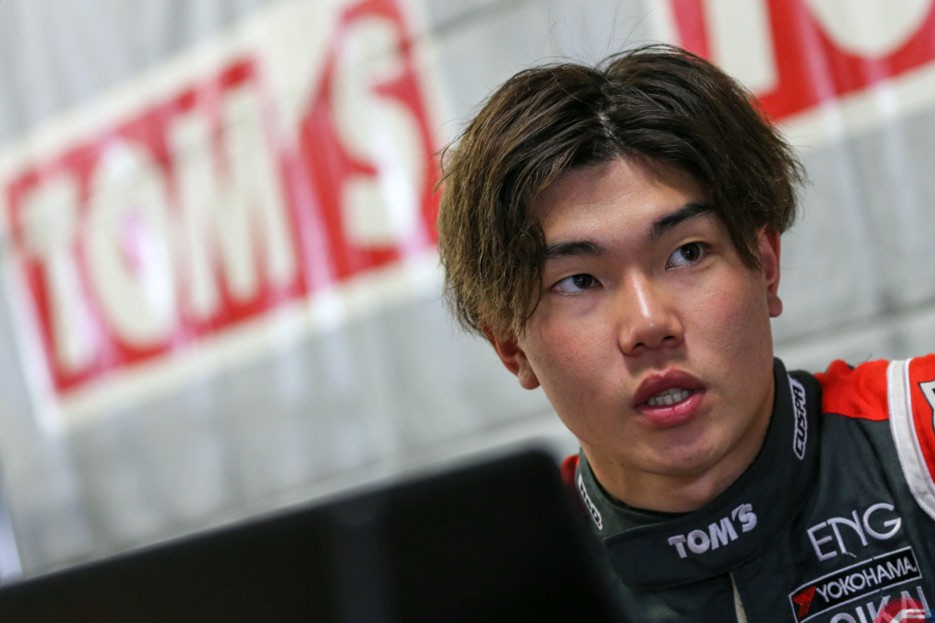 Kazuto Kotaka was fastest for TOM’S on a wet opening day of post-season Super Formula Lights testing at Suzuka, with 15 drivers taking part.

It was B-MAX Racing’s Kakunoshin Ohta, who has raced in Formula Regional Japanese Championship and Japanese Formula 4 this year, setting the pace in the morning as he posted 38 laps and a fastest time of 2m05.663s.

Nobody surpassed his lap tally, but Super Formula racer Nobuharu Matsushita was just 0.124 seconds slower than Ohta as he did development work for the B-Max Engineering team.

Toyota junior Kotaka, who also raced in SF this year as a stand-in driver for Kamui Kobayashi at KCMG, was third fastest and set 21 laps – the least of anyone. His best effort put him 0.005s ahead of Honda junior and F4 graduate Syun Koide.

Japanese F4 champion Seita Nonaka, another Toyota junior, was fifth for RS Fine. He stood in for Kotaka at TOM’S in SF Lights this year while Kotaka was appearing in SF.

The pace improved for some in the afternoon, while the track was still wet, with Kotaka bettering Ohta’s morning benchmark by 0.084s as he again only fleetingly took to the track.

Honda protege Iori Kumura switched teams from Toda Racing (which uses Spiess power) to B-MAX during lunchtime and was second fastest in the afternoon. That placed the F4 racer fourth for the day behind Matsushita.

No other driver broke into the 2m05s, with Nonaka 0.426s back and Seiya Motojima putting Rn-sports in seventh place overall and just 0.522s off the pace as he moved up from F4.

Super GT300 racers Togo Suganami (B-MAX) and Yuui Tsutsumi (Rn-sports) both got in a second of the pace on their return to single-seater machinery, and FRJC points leader Yuga Furutani (TOM’S) completed the top 10.

The 25-year-old, a race-winner in Japanese F4 five years ago launched the team in 2020 with his brother Reiji, who ended up driving for it and becoming 2020 Japanese F4 runner-up.

Reiji then joined Super GT300 regular Yuya in a shared car this year in the sportscar series, and he also took to the wheel of one of the team’s Dallara 320s on Monday but both were off the pace in the SF Lights test.