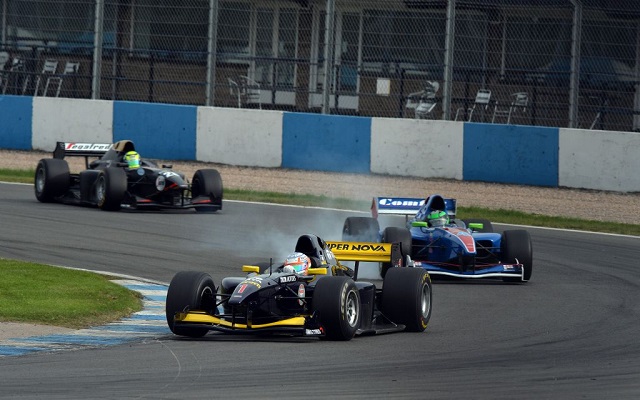 Supernova’s Narain Karthikeyan took his fourth victory of the Auto GP season with a stellar drive in race two at Donington.

The Indian faced an uphill battle after starting the reverse-grid race in P7, but an early stop strategy allowed him to run quick laps in clean air.

As most of the frontrunners, including reverse-grid poleman Meindert van Buuren who led the majority of the race, opted for a late stop, Karthikeyan was able to get the undercut on all of them, inheriting the lead after the final mandatory pit stops.

Ghirelli will come into the final round at Brno with an 11-point lead over Sato, with Campana and Karthikeyan 17 and 21 points off the lead respectively.