Juri Vips misses next FREC round to continue F2 campaign 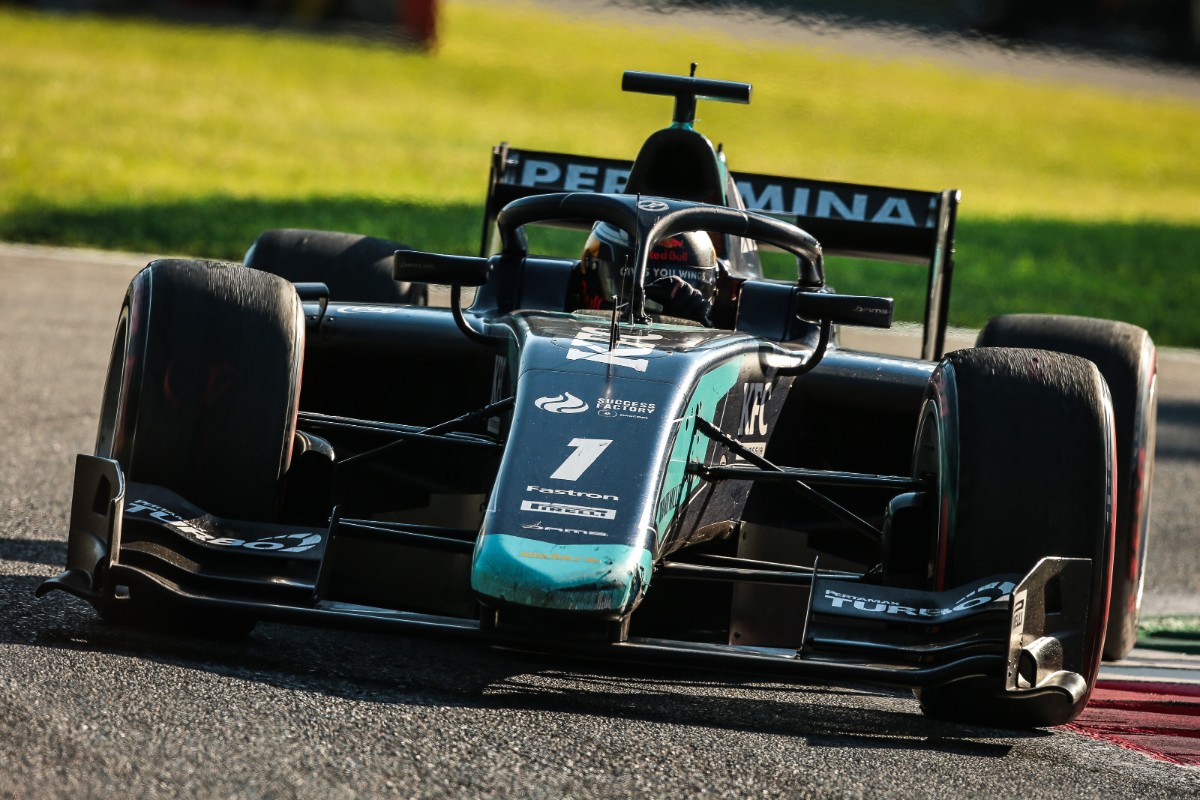 Juri Vips will remain with DAMS for this weekend’s Formula 2 round at Mugello, and miss Formula Regional European Championship’s clashing Red Bull Ring round as a result.

Red Bull junior Vips drove for DAMS in the last two F2 rounds at Spa-Francorchamps and Monza as a substitute for the injured Sean Gelael, and has a best finish of ninth but no points.

His primary focus in 2020 is in Super Formula with Team Mugen, but he missed the Twin Ring Motegi season opener as a result of Japanese travel restrictions due to the COVID-19 pandemic.

He has also been racing in FREC this year as a back-up attempt to secure the FIA superlicence points required to race in Formula 1 next season. That campaign will now also be disrupted as he chooses to prioritise F2.

“I was there in Formula 4 and went very well, every time I have run there, I’ve been really fast, poles, won races, I enjoy it a lot,” the Estonian said of Mugello.

“It will be very different in an F2 car for sure, but I am confident that I will enjoy the extra performance.

“I think that the qualifying will be all right, not quite like Monza. I think the steering will get quite heavy in the long, high-speed corners but that is not a problem for me, more of an advantage.

“In the race, it will be crucial to have good tyre management so that is something I still need to work on. I think it was quite good in race two last weekend, but this is a completely different challenge with different types of corners, so I really need to be on top of that.”

Previously, Vips was uncertain about his participation in this round due to commitments in Japan. At this time, it remains unclear whether he will be able to take part in the next round of Super Formula at Okayama at the end of the month.

Taking Vips’ place in KIC Motorsport’s FREC line-up for this weekend is Nico Gohler, who was third in Formula 4 United Arab Emirates this year.

Van Amersfoort Racing’s Pierre-Louis Chovet has also been confirmed to be racing in FREC at the Red Bull Ring, meaning he will be giving up his Hitech GP seat in FIA Formula 3 Championship after replacing Renault junior Max Fewtrell for the last two rounds.

Also making a debut in Austria is Victor Bernier, who has been entered by R-ace GP on his own for the supporting Italian F4 races.