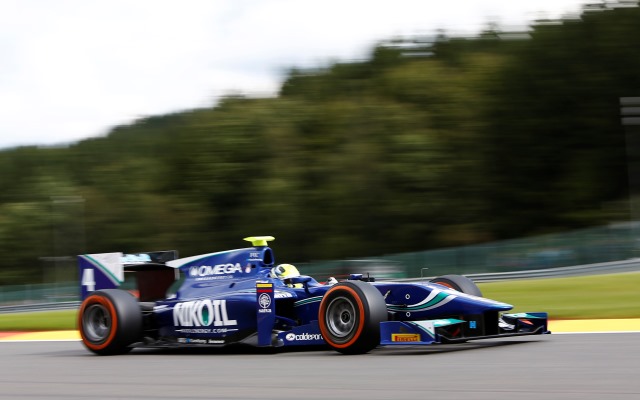 Julian Leal posted the fastest time in free practice as the GP2 season resumed at Spa-Francorchamps.

The Carlin driver was 0.153 seconds faster than his fellow South American driver Johnny Cecotto around the Belgian circuit.

Raffaele Marciello was third fastest, ahead of the Lazarus duo of Nathanael Berthon and Conor Daly.

Eighth was Stefano Coletti, who triggered a red flag with around ten minutes left on the clock when he spun through the gravel and back onto the track at Fagnes, leaving his car stranded facing the wrong way. The session resumed with four minutes remaining.

Championship leader Jolyon Palmer was 12th, two spots ahead of his main rival Felipe Nasr. The top 16 were covered by less than a second.

Fresh from wrapping up the Auto GP title at the Nurburgring last weekend, Kimiya Sato was 26th and last.