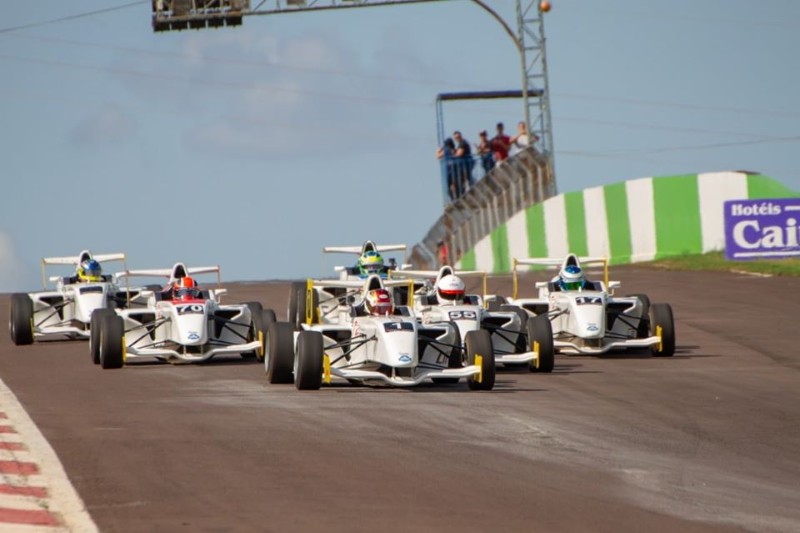 Rafael Grasti put in a last-minute flyer to beat Vieira to pole by 0.016 seconds for the first trip to Cascavel in October, but he had already lost his lead by the first corner of the opening race.

In the “exhausting” hot conditions, Vieira wasn’t able to pull away up ahead as he had took after his tyres, but benefited from an intense battle for second place. Pedro Burger came out on top from third on the grid, with Grasti completing the podium.

While he did start at the front for race two, it took longer for Vieira to establish himself comfortably in the lead. Grasti initially applied pressure from second place, but he soon came under attack from Jose Miguel Alvarado, who pipped him to the runner-up spot. Once again, Vieira cited the heat as a worry while at the front of the field.

The return trip to Cascavel a month later was just as hot, and this time Vieira was fastest from the off. Alvardo qualified second behind Vieira, and while he finished several seconds behind in race one, Vieira admitted to being preoccupied with the Venezuelan driver in his mirrors for much of the race.

Alvarado had to worry about Grasti too, who spent the early laps unsuccessfully trying to find a way into second place.

Burger finished a distant fourth, but this put the 18-year-old on the front row of the reversed grid for race two. This put Rafael Dias on pole, but he was quickly passed by Burger and then Alvarado and Vieira.

The top three remained close for the whole race, although overtakes were rarely attempted. Vieira finally got past Alvarado on the final lap for second, extending his championship lead to 31 points over Grasti ahead of the Montevideo season finale in Uruguay next month.