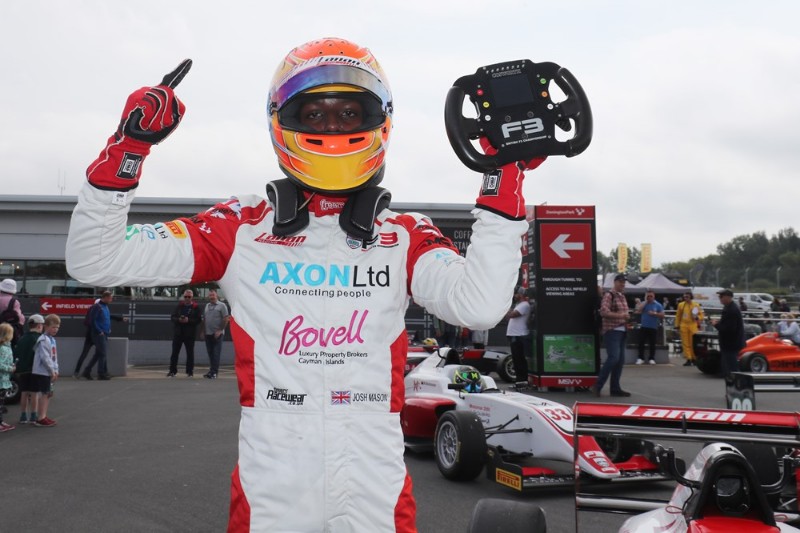 Lanan Racing driver Mason took one win in the wet at Silverstone last year, and his 13th place finish in the Donington Park Grand Prix opener meant he started second for the reversed grid race.

He slotted in behind poleman Pavan Ravishankar at the start, but when the Double R Racing driver locked up into Turn 1 on an early safety car restart he was able to claim the lead and didn’t look back thereon.

Carlin’s Novalak finished fourth, battling through from the lower half of the grid as his title rivals took each other out.

Kaylen Frederick (Carlin), Kiern Jewiss (Douglas Motorsport) and Ayrton Simmons (CDR) clashed at the start of the race, with Simmons being sent across the grass and Frederick out of the race immediately. This was the cause of the early safety car, and left Jewiss, Simmons and title contender Johnathan Hoggard (Fortec) fighting at the back of the order.

Jewiss managed to escape his old British Formula 4 rivals, while an incident involving Simmons and Hoggard left the latter facing backwards in the gravel in the second half of the race. Simmons was able to finish the race in 14th, but the combination of fourth and the points gained for overtakes means Novalak now has a 40-point lead.