written by Stephen Brunsdon 5 May 2019 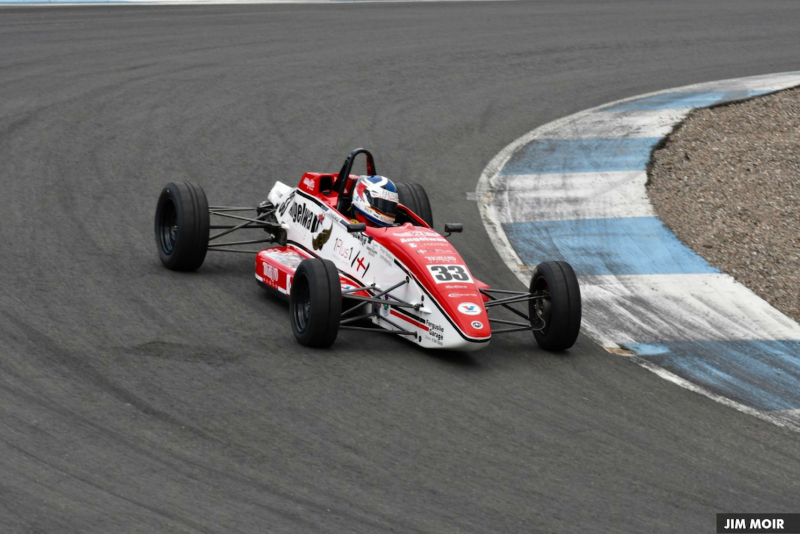 Gronkowski thn dominated the first race, despite a late safety car intervention following contact between Kenny Cowie and Neil Broome at the hairpin while the pair disputed second place.

Hannah took her first podium in second, having moved past Chisholm on the inside of the Hairpin early on. Broome had moved past Cowie for fourth, but the despite the latter dropping down the order he was strong enough to move back up and even overtake Hannah for third after she made a mistake at McIntyres.

Cowie and Broome both also passed Chisholm, and were battling for second when their collision took place. Broome sank to fourth, behind Hannah and Chisholm, while Cowie retired.

A poor getaway from pole meant Gronkowski lost the lead to Hannah at the start of the second race, but he had reclaimed his position at the front by the end of the second lap.?At the same time, Chisholm stuck the nose of his car down the inside of Hannah as the pair turned into the Hairpin, with the former taking second place on exit.

The gaps between the top three extended thereon, with Gronkowski taking a fourth win of the season by 7.145s.

Behind Hannah, an increasingly raging battle for fourth place between Neil Broome, Steven Barlow and Kenny Cowie ended prematurely when Broome and Cowie were struck by mechanical issues. This allowed Barlow to claim fourth ahead of GBR team-mate Cameron Thomson at the flag.

With fastest lap in each race, Gronkowski left the weekend with the maximum points haul.

?It?s amazing, it really is. You sometimes have to pinch yourself to believe this is really happening,? Gronkowski told Formula Scout.

?I got another bad start and that?s the second time this season where that?s happened, so there?s still plenty of work to do before the next round.?