Jones claims points lead with race one win at Monza 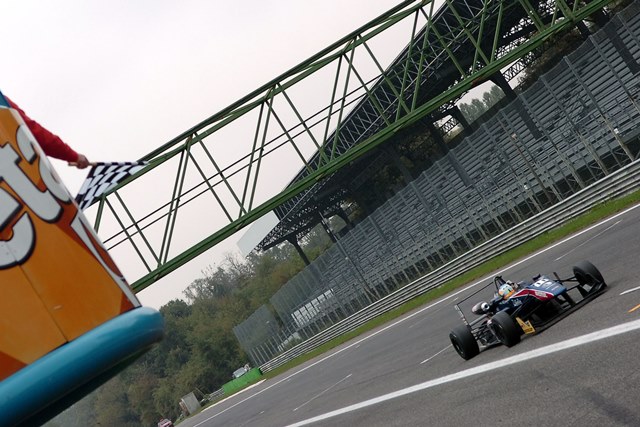 Ed Jones has taken first place in the F3 Open standings from Sandy Stuvik by winning the first race at Monza.

Jones, who has now finished in the top three in the last seven races, took advantage of a slow start from his team-mate Nelson Mason to lead into the first corner.

He wasn’t able to build a huge gap for himself, but the non-stop battle for the podium places left the winner without a true challenger. Despite the slow start, pole-sitter Mason fought his way back up to second.

Spaniard Alex Toril collected his third podium of his campaign, keeping Sandy Stuvik at bay in the final laps. Santiago Urrutia was also there to pick up the possible places but he stayed fifth after all.

BVM’s Mario Marasca recorded his best result with sixth as Alexandre Cougnaud finished a great recovery race, ending up seventh despite having to start from the back of the grid. Campos Racing duo Valeria Carballo and Artur Janosz finished eighth and ninth respectively, while Yarin Stern collected the final point of the race.

With three more races to go, Jones is currently leading the championship with a five-point advantage over Stuvik.

Karthikeyan stays in contention with race one victory at Brno