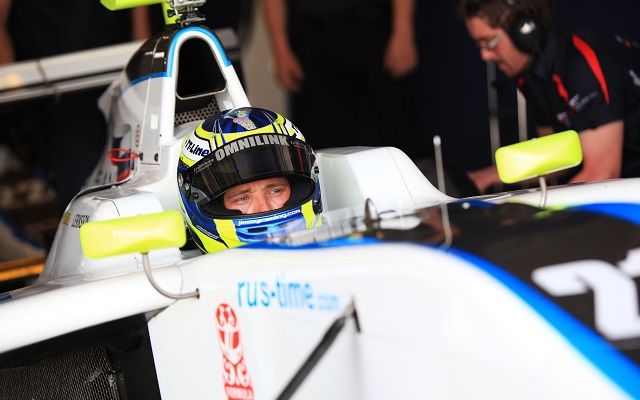 Russian Time have signed the first GP3 Series driver in the history of their team’s brand, with Swede Jimmy Eriksson coming on board for his sophomore campaign in the championship.

Eriksson, 22, has spent much of his career with Motopark Academy (the team that’s behind Russian Time’s efforts in GP2 and GP3), having raced in Formula Renault 2.0, German F3 and the F3 Euro Series under the German squad’s banners.

After confidently securing the German F3 title in 2012 – the standout result of his career thus far – he made the move to GP3 with Status, but struggled to get fully on the pace and finished the season in 24th in the standings, with a best finish of 12th.

“I am very grateful to have been given this opportunity with Russian Time, and it’s clearly a bit of a homecoming for me, ” stated Eriksson, referencing his seasons with Motopark. “I’ve experienced a lot with this team, and we have many bright memories of our last season together. GP3 is an incredibly competitive series and we have a lot work ahead of us before the opener, but the team’s performance in GP2 last year ? when they won the team championship at his first attempt ? says it all about the existing potential. This, in combination with everything I learned last year and the promising tests in Abu Dhabi, makes me hopeful of being able to fight closer to the frond of the field this season.”