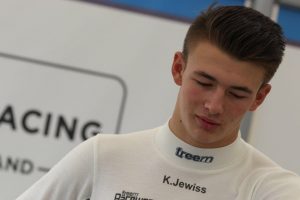 British Formula 4 champion and McLaren Autosport BRDC Award finalist Kiern Jewiss believes he’ll be “in at the deep end” when it comes to the on-track element of the award.

Jewiss is one of the four finalists for this year’s award, alongside Formula Renault Eurocup leader Max Fewtrell and BRDC British Formula 3 race-winners Tom Gamble and Jamie Caroline.

Caroline directly preceded Jewiss as British F4 champion, but missed out on becoming a MABA finalist in 2017. This year’s eligibility criteria has been altered to accommodate Jewiss and other drivers who are 16 years old by September 30, rather than the previous date of March 1, as?reported by Formula Scout.

Prior to finding out he was a finalist, Jewiss discussed with Formula Scout how he would prepare for the final, which will include fitness assessments and track runs in a Ligier LMP3, a MotorSport Vision Formula 2 and a McLaren GT3 car.

“It’s very different. I suppose you can only take as much preparation as you can get. Fitness is going to be a big one, and that doesn?t cost a lot. That?s down to you and how much effort you?re going to put into it.

“But in terms of the driving side, it all costs a lot to run, if you wanted to test. I don?t have a load of money to just go and do a lot of testing. So it?s going to be in at the deep end if we get there.”

Jewiss is the least experienced of the finalists, although did a single season in Ginetta Junior before switching to single-seaters this year. He is already a hot talent though, having attracted the attention of Ferrari and potentially one or more other Formula 1 teams.