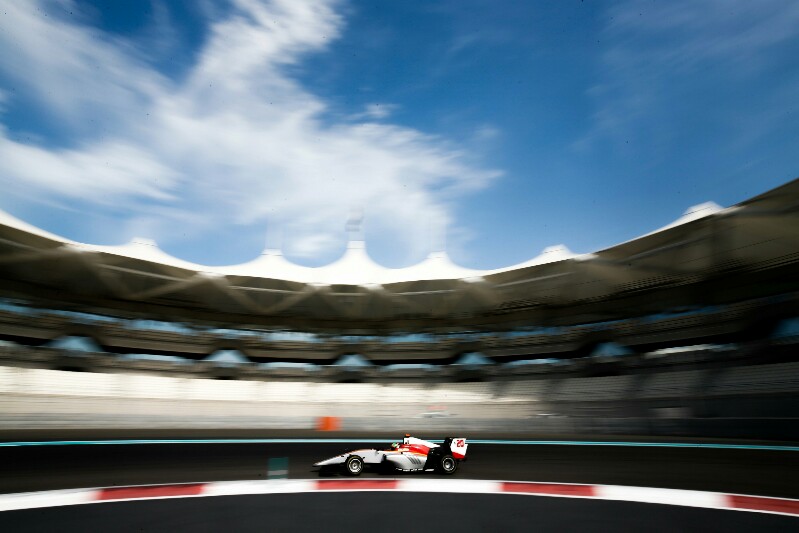 Daruvala, whose career has been supported by the now obsolete Force India Formula 1 team, was fastest in the morning and afternoon sessions for Campos Racing.

There was several changes in the testing line-up, with David Beckmann, Marcus Armstrong, Lirim Zendeli and Sebastian Fernandez all changing teams.

Most of the morning session was dedicated to long runs, despite the GP3 car being retired after the test, and it was Trident’s Formula Renault Eurocup graduate Logan Sargeant who sat at the top of the times.

European Formula 3 racer Daruvala bettered his mark before the end of the session, with fellow Campos driver Sebastian Fernandez just over two tenths back in third.

Trident’s Marcus Armstrong set the pace at the beginning of the afternoon session, but it was Daruvala and Jenzer’s Tsunoda who ended up at the top, seperated by just 0.046 seconds. Daruvala had also beaten his morning benchmark by a scant 0.003s.

Eurocup star Yifei Ye, who recently made his F3 debut in Asia, jumped up to third for MP Motorsport, with Piastri and Ye’s team-mate Lorenzo Colombo close together in fourth and fifth. Sargeant’s morning time was enough to keep him in third overall though, with the top four covered by less than a tenth of a second. The end of GP3 was marked by a top 18 spread by just 0.824s