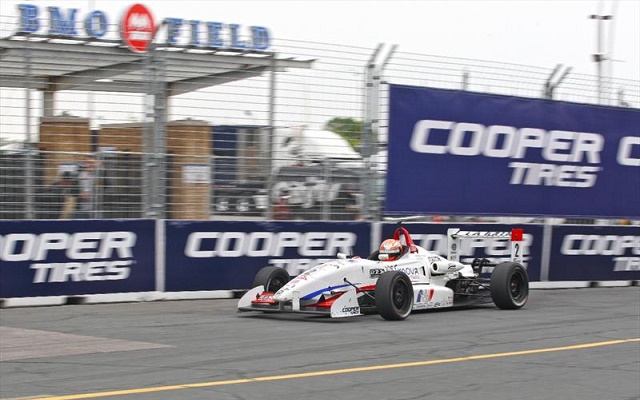 Nico Jamin‘s impressive streak of pole positions continued as the Frenchman took pole for the USF2000’s first race at Toronto.

The Cape Motorsports driver and championship leader turned in the only lap under the 1 minute and 11 second barrier, beating his nearest rival?Jake Eidson to pole by nearly three-tenths of a second with a lap time of 1:10.765.

Aaron Telitz in the second Cape Motorsports entry will start third, next to?Anthony Martin, putting the top four drivers in the USF2000 standings in the first two rows.

Failing to set a time during the session due to mechanical troubles was Yufeng Luo. The Pabst Racing driver will thus start Saturday’s first race from the back of the 13-car grid.