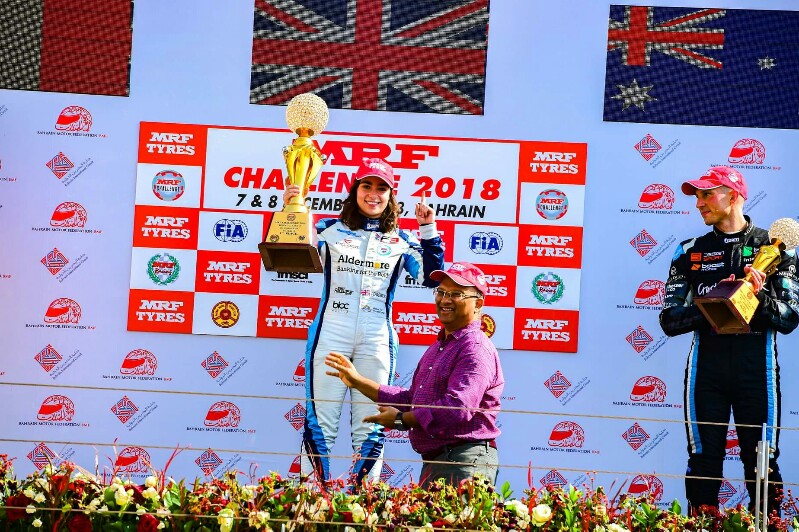 Defourny started his weekend with pole, but was beaten off the line and to race one victory by Andreas Estner. After making a excellent start, Estner pulled out a sizeable lead in the first three laps, which it took the rest of the race for Defourny to cut down.

Each race followed a similar pattern, with two drivers out in front and the biggest battles being for third place. Chadwick?s talent for aggressive starts allowed her to get to the front or very close to it every time. Only some very decisive driving from Danial Frost (race one) and Patrik Pasma (race three) kept her off the podium. The third race got particularly tricky when Michelangelo Amendola made contact with Chadwick on lap four. Chadwick kept going to finish fourth, with Amendola fighting back to fifth.

Defourny qualified well but his starts were less effective. He managed a good getaway in the third race and converted it into his third win of the season, but was frequently caught napping by Chadwick, Estner and Petr Ptacek. He relied on his considerable race pace to get results.

Ptacek, Frost and Dylan Young also picked up podium finishes, Ptacek taking advantage of a reversed grid in race four to finish second, having led from Chadwick for the first three laps. Frost was always in the pack jostling for third and fourth, along with Young, who briefly the second race before finishing third. Frost was third in the first and last races.

Chadwick’s three victories were not dominant affairs, but she’s cut Defourny’s lead from 28 points to 18. There are four races left of the season, scheduled to take place at Chennai in February, with the title fight still very much an open affair.

Giuliano Alesi graduates to Formula 2 with Trident for 2019