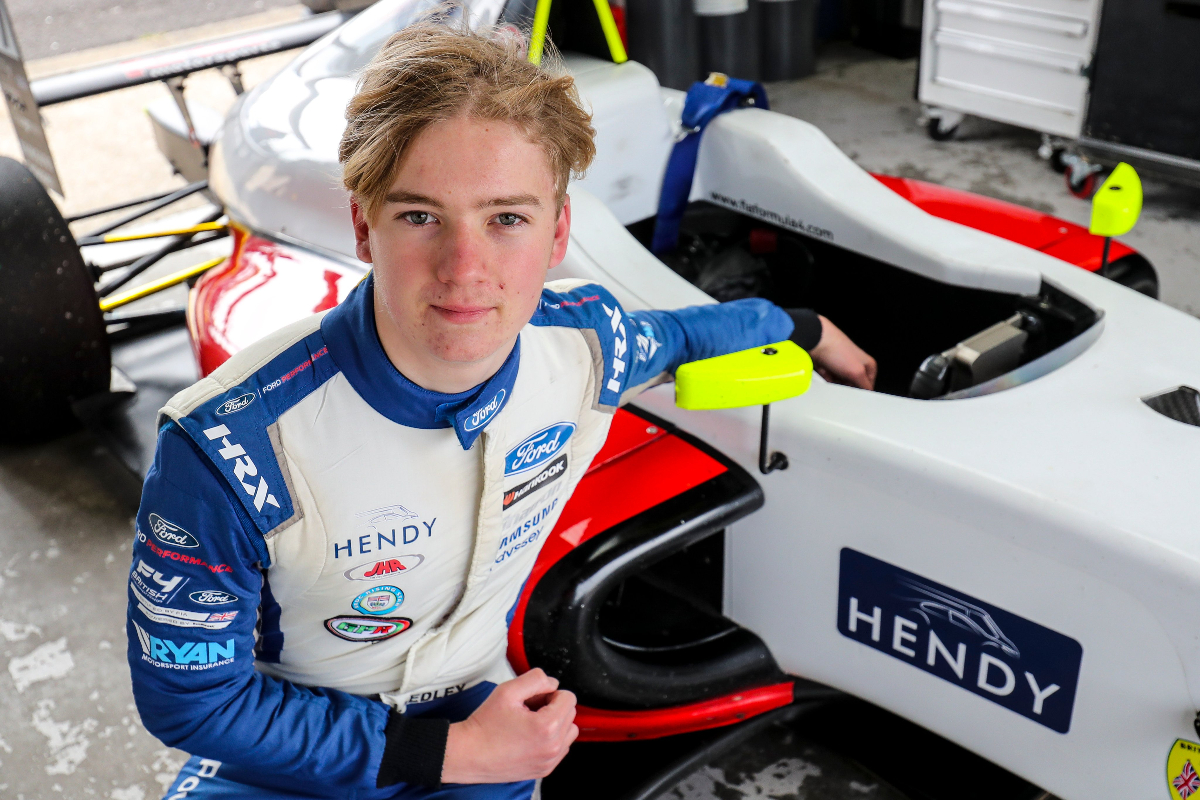 James Hedley will switch teams to Fortec Motorsports for his second season in British Formula 4, after winning four races as a rookie last year.

The 17-year-old raced for JHR Developments in 2020, and after taking pole on his debut and winning in his first weekend he had a tricky campaign that included a triple win at Thruxton but only three podium finishes in the remaining rounds.

While Hedley has tested many times with Fortec during the off-season, he only recently secured the budget to land a race seat with the team for the first few rounds. It will be the fifth year in cars for the 2019 Ginetta Junior champion.

“After an unlucky season last year, I have some unfinished business this year and I can’t wait to get started at my home track at Thruxton in less than a fortnight.

“We have the budget to start the season and hopefully my results will attract more sponsors along the way.”

“It’s fantastic to be able to unveil James as a Fortec driver ahead of the new British F4 season,” said Fortec’s F4 team manager Oliver Dutton.

“His performances last year were very impressive; between that and his Ginetta Junior title the year prior, it’s clear he has a lot of potential.

“Driver development is something we put front and centre in our programmes, so it’ll be great to work with James on taking that next step and try to put a championship bid together.

“He’s clicked really well with the whole team, and new team-mates Joel and Ollie, during winter testing so far, and I’m looking forward to seeing what we can achieve.”